Eduard Boss was born in Bern in 1873. He grew up in Muri bei Bern and had his first artistic training at the Kunstgewerbeschule [School of Arts and Crafts] in Bern. In 1890 he studied for one year at the Ecole des Beaux-Arts in Geneva and then moved to Munich to the Akademie der Bildenden Künste [Academy of Fine Arts], where he remained until 1896. After marrying Ida Flach in 1897 they moved to Münsingen. He then went on study trips to Paris, where it is likely that for a while he was a pupil of Paul Cézanne. Returning to Switzerland in 1903 he lived in Bern from 1907. He was a friend of the painter Ferdinand Hodler and a representative of the “Berner Schule” [Bern School]. In 1934, the Kunsthalle Bern organised a comprehensive exhibition. Boss died in Bern in 1958. 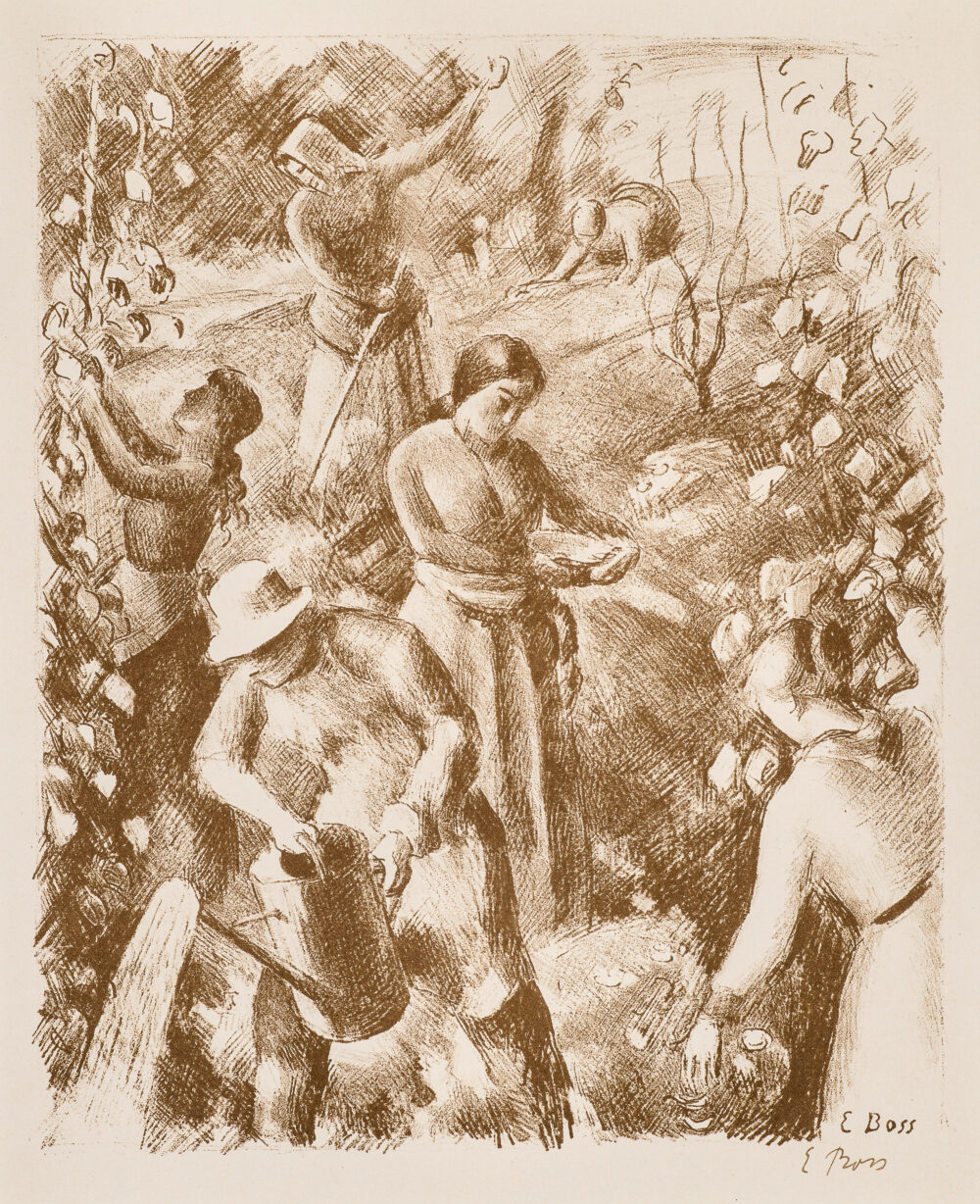 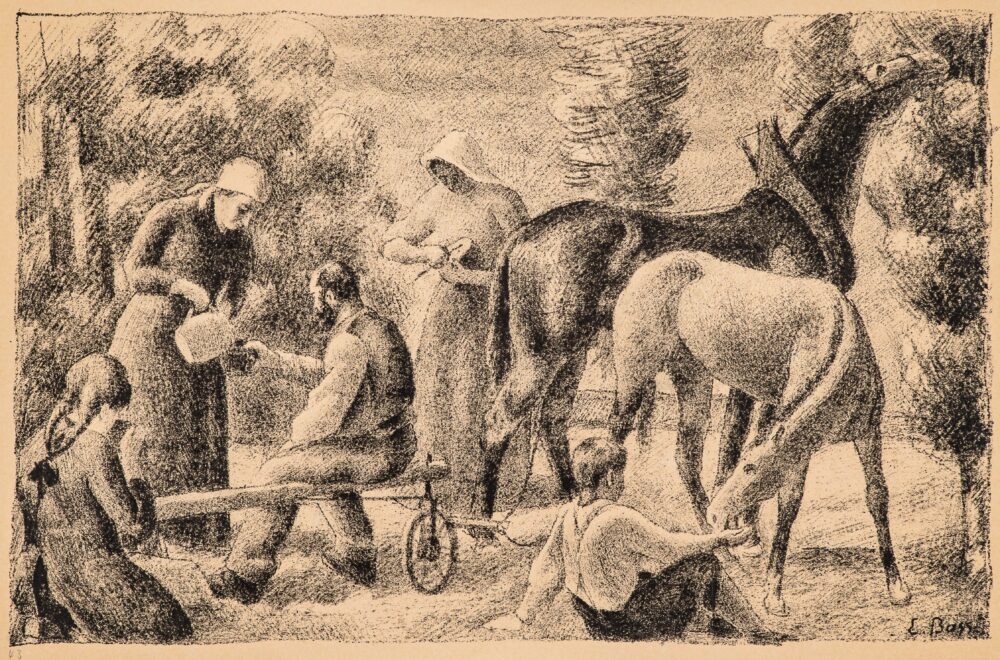 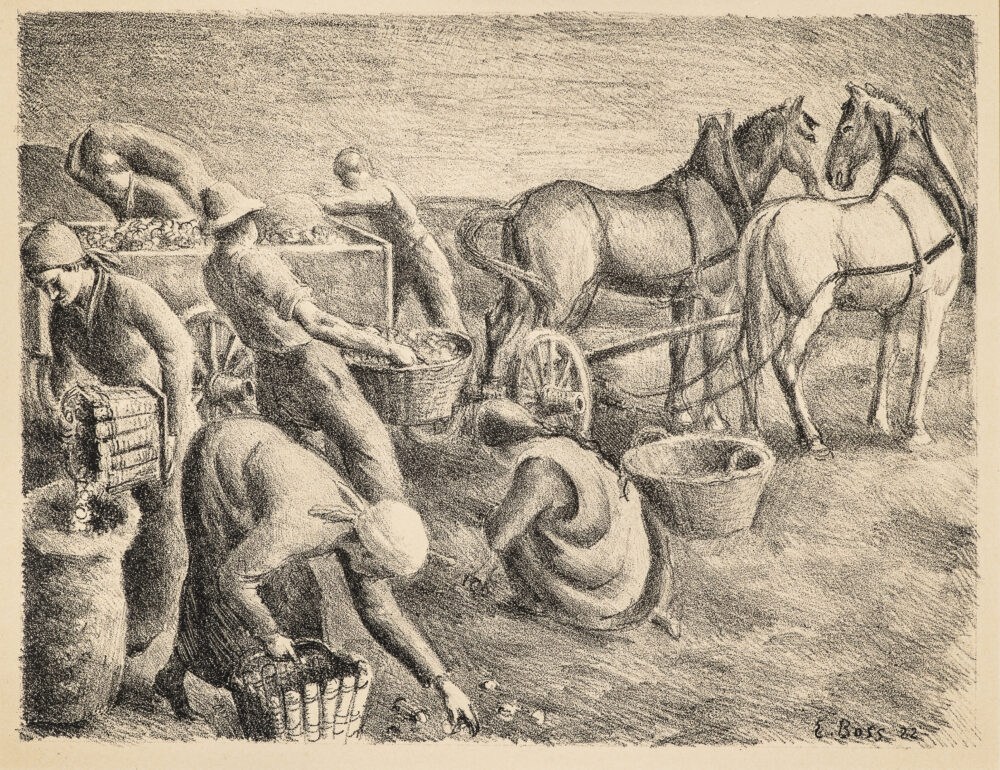 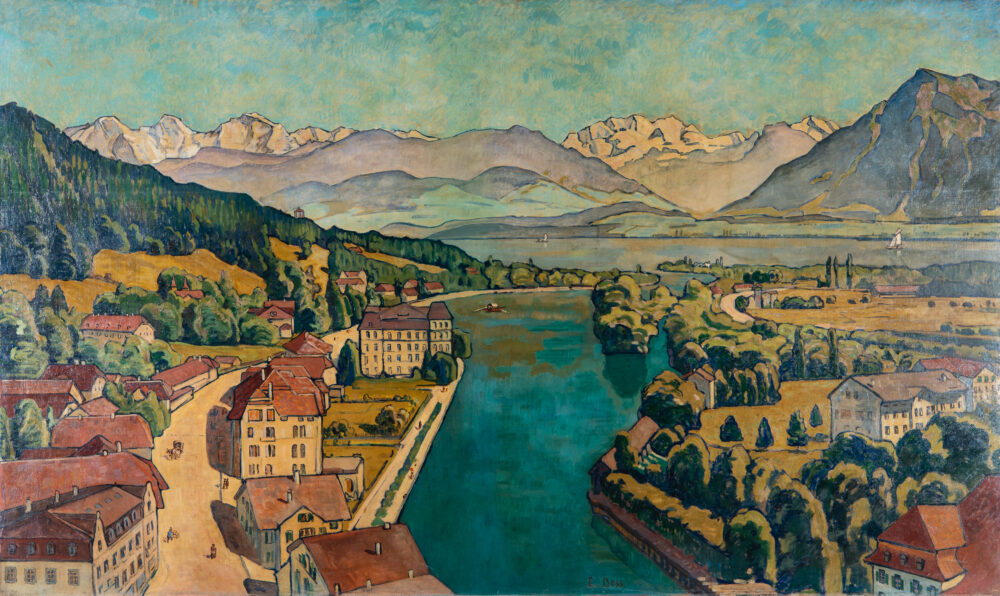