The restoration of the Thun Panorama 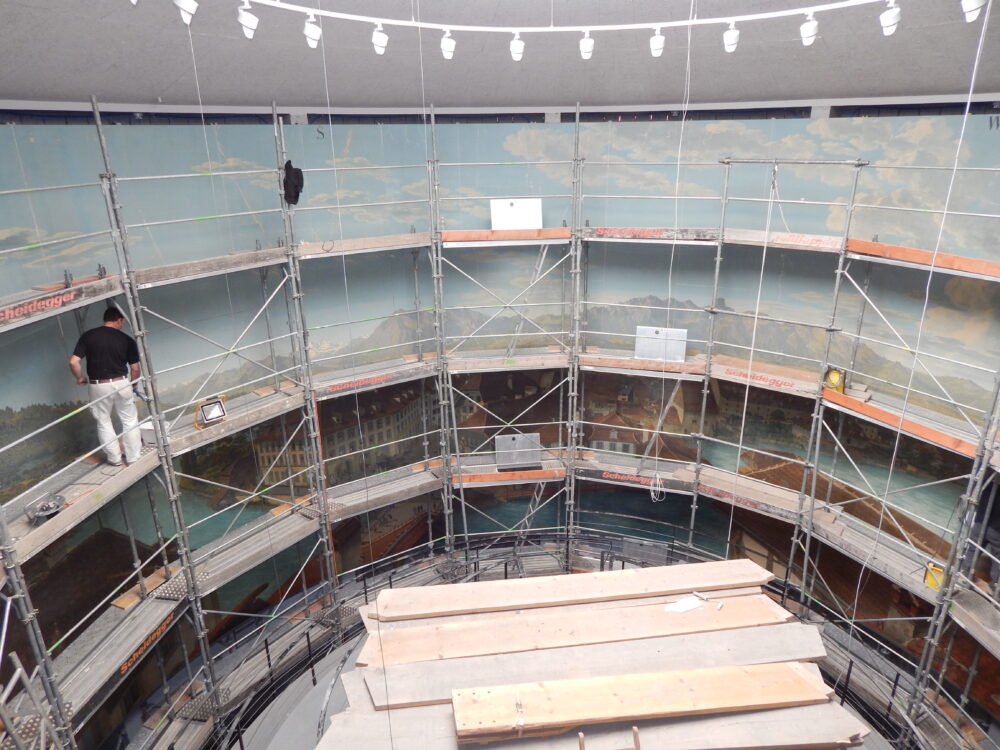 Start of restoration in 2014 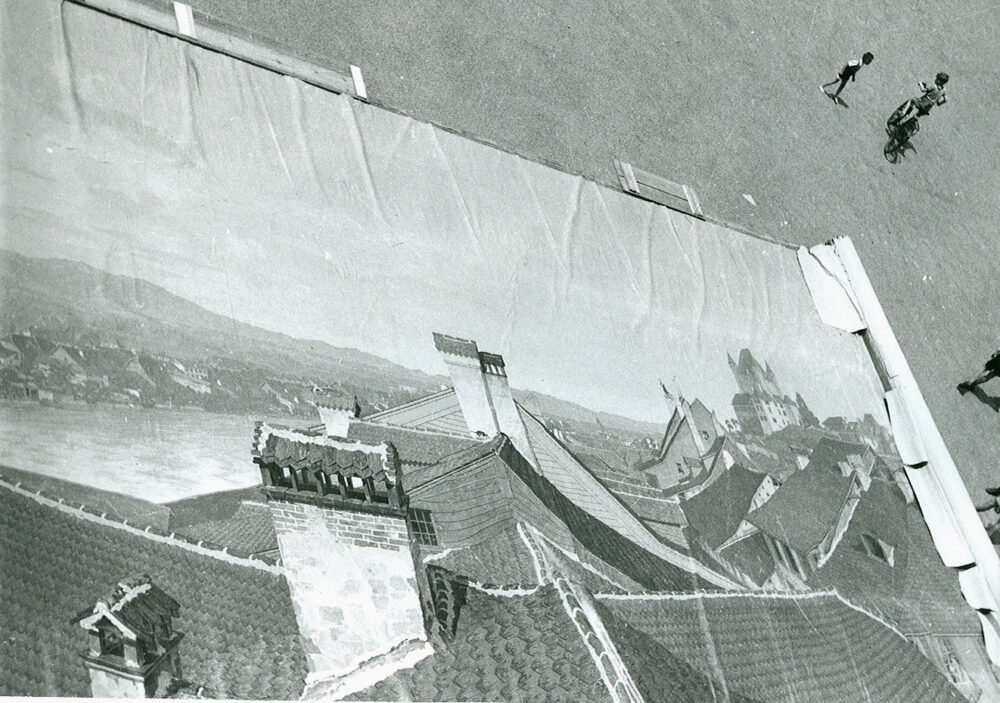 And yet the Thun Panorama already lapsed into oblivion in the nineteenth century, and after a long odyssey it was discovered rolled up and badly damaged under a gymnasium floor. Thanks to the initiative of the Thun town architect Karl Keller, the nearly destroyed Thun Panorama could be restored in the late 1950s and made accessible to the public again in a specially constructed rotunda in Schadau Park. The restorer Hans Alexander Fischer from Bern (founder of our company) was hired to restore the painting. After more than fifty years had passed, however, another extensive restoration of the painting proved necessary in 2014, and the timing was also ideal, as the visitor centre was to be expanded. Technical inspections and material analyses were carried out in advance in order to carefully plan the restoration and determine the amount of work required. Trial fields were demarcated where the planned measures could first be tested.

The preliminary examinations revealed that the support structure, built around 1957–1961, and the glue holding Wocher’s oil-painted sheets of paper onto the new picture support were still in good condition. However, the oil-based synthetic resin varnish applied as a final coat during the last restoration had yellowed considerably and was hence removed with solvent. During the restoration in the late 1950s, countless missing areas with flaking paint had also been retouched (colour integration) using oil-based synthetic resin paints.These areas had darkened with time, and it was possible to remove them with solvents and renew the retouching. This involved mixing the appropriate shade for each area as accurately as possible on a colour palette. The retouching was done and a final varnish layer applied using acrylic resins that are resistant both to ageing and UV light. As the scaffolding required for the restoration work cast shadows across the painting, the final finishing had to be carried out with the aid of a scissor lift. The greatest challenge in the restoration was the huge size of the painted surfaces. In order to cope with the volume of the restoration, eight restorers worked in parallel.