Erich Müller was born in Bern in 1927. He began an apprenticeship with Georg Ruprecht in the taxidermy department of the Natural History Museum in Bern, but never completed it. Müller attended the Kunstgewerbeschule (School of Applied Arts) in Bern and then trained with the sculptors Marcel Perincioli and Walter Würgler. He opened his own studio in 1947. In 1949, he was awarded the Art Prize of the City of Bern, followed by the Aeschlimann Corti Grant in 1955. Müller has been showing his work at art institutions and galleries since 1954. In 1955, he moved to Erlach, where he built his own studio barracks. He then relocated to a studio in Ins in 1961. Müller also founded a gallery with Martin Ziegelmüller in Vinelz in 1966. He died in Bienne in 2015. 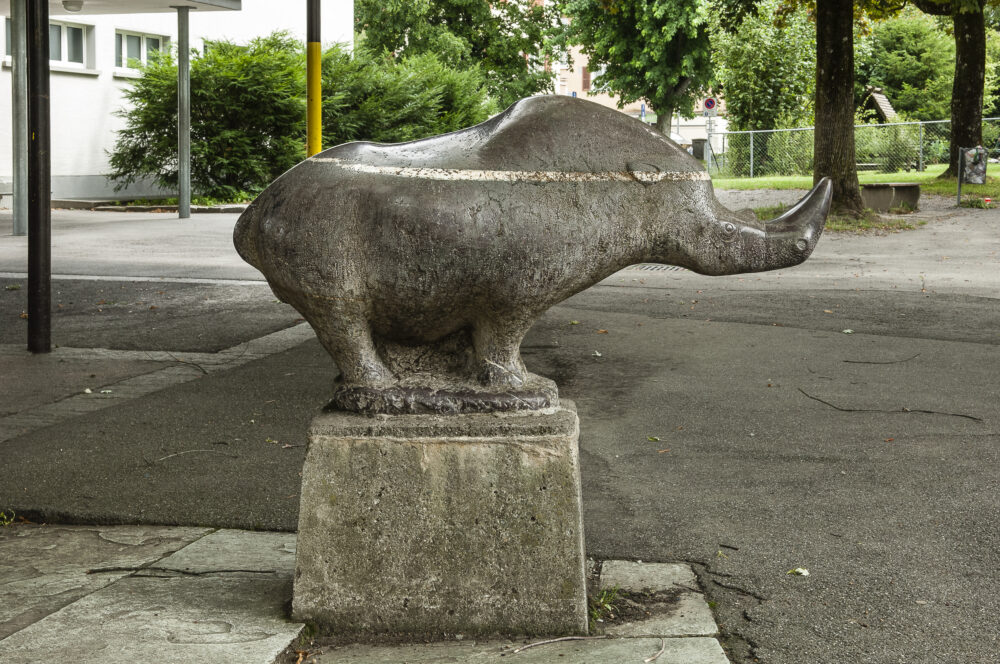