Bernhard Luginbühl was born in Bern in 1929. He began an apprenticeship as a sculptor, but abandoned it to study at the Kunstgewerbeschule [School of arts and crafts] in Bern. Luginbühl initially worked with wood and stone, but Arnold Rüdlinger, director of the Kunsthalle Bern, introduced him to contemporary sculpture and he began to work with iron. He learnt about iron processing techniques in a welding shop in the Lorraine district of Bern and worked exclusively with this material from 1953. In 1966, he moved into a large farmhouse in Mötschwil, which became his creative refuge. In addition to his sculptural work, from the 1950s Luginbühl devoted himself to film and his graphic work continued to expand. From the outset his sculpture work was accompanied by drawing work in ink, pencil and felt pen, lithography and etching. Luginbühl died in Langnau in Emmental in 2011. 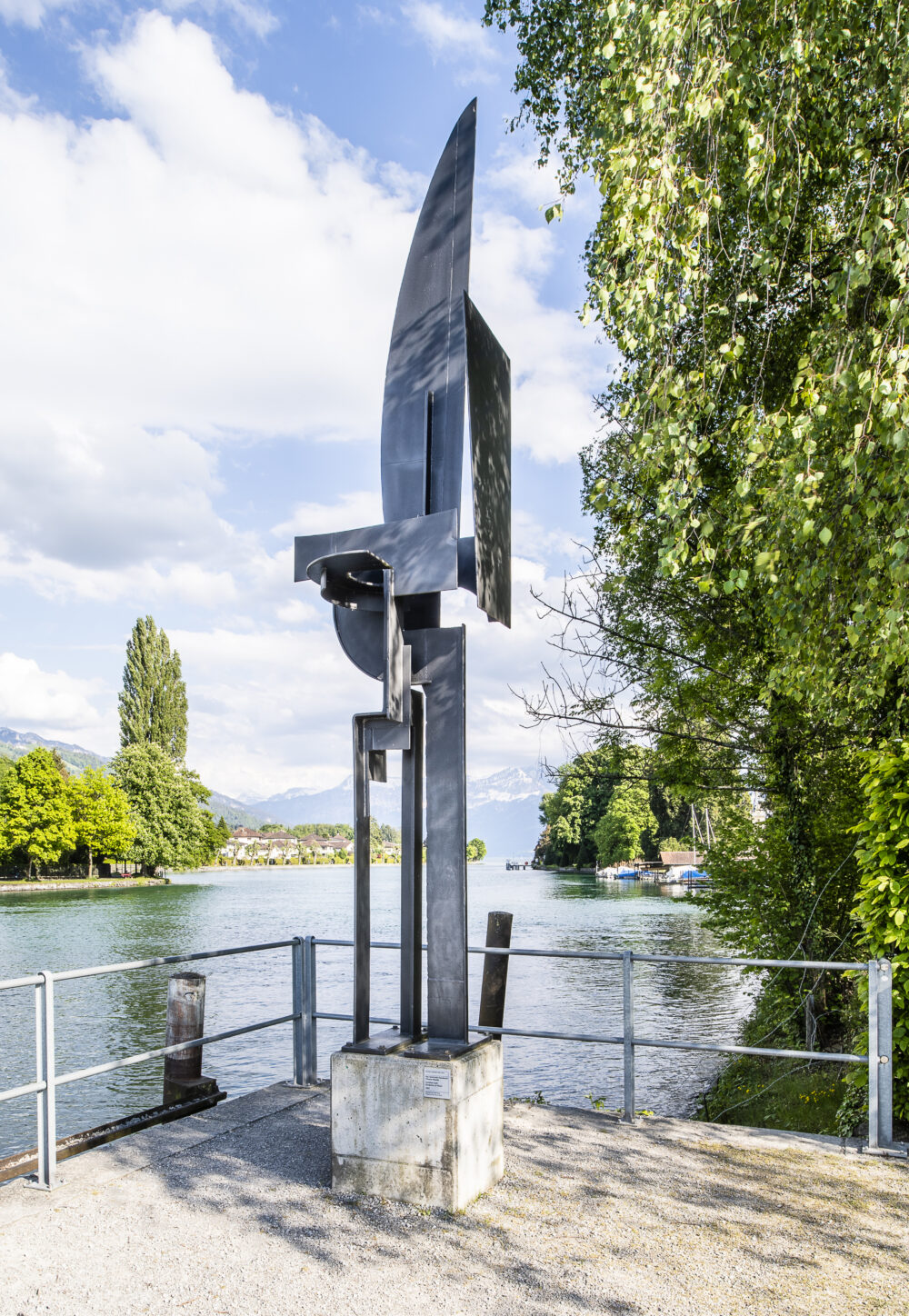