An iron as a new collection work

Against a white background, devoid of any details, an everyday object presents itself to us with considerable painterly vitality: a clothe.

The collection of the Kunstmuseum Thun, which meanwhile numbers over 7,000 works, is constantly being expanded, albeit according to much stricter criteria than before. The artists in question must for example have a local or national background, and the aim is also to systematically expand on focal points in the collection. Gifts and bequests play a major role in this expansion – as do regular purchases. In the last two years, there has been a reinforced emphasis on Swiss Pop Art. Works were acquired for example by Samuel Buri (b. 1935) and René Myrha (b. 1939). The collection’s Swiss Pop Art focus was set in the late 1970s by the then director Georg J. Dolézal. Originating in the USA and England, Pop Art went on to conquer the international art world, especially in the 1960s and 70s, also leaving its mark on Swiss artists. The corresponding works share stylistic elements such as abstraction and a focus on symbolism as well as the depiction of advertising motifs and consumer goods. Thanks in part to the sponsorship fund, our collection has been able to acquire some important Pop Art works by Swiss artists.

In 2020 we succeeded in accessioning an early work by Peter Stämpfli (b. 1937 in Schüpfen, BE), one of the key protagonists of Swiss Pop Art. This was one of the last opportunities to add an early work by this artist to the collection, as only a few are still on the market, while the rest belong to the collection of the Stämpfli Foundation in Sitges (Spain) and are not for sale. The Kunstmuseum owns several prints by Stämpfli and two oil paintings from 1967 and 1969, supplemented by permanent loans from the artist. The above-mentioned work from 1969, Champion de Luxe, is devoted to a subject that Stämpfli has often taken up in his work: the car tyre, of which he shows only a relatively small detail here, but in a huge format, focusing in on its tread pattern.

Thanks to a fund bequeathed by a private individual to the Kunstmuseum Thun a few years ago, earmarked for purchasing works for the collection, it has now been possible to also acquire Fer from 1963, an iconic example of Stämpfli’s early work. Against a white background, devoid of any details, an everyday object presents itself to us with considerable painterly vitality: a clothes iron. Stämpfli did his artistic training in Bern and first came into contact with works by Mark Rothko and Jackson Pollock at the city’s Kunsthalle. In 1959 he moved to Paris, where he initially painted in the style of Abstract Expressionism. Soon, however, the advertising images he encountered all over the city would become a new source of inspiration. In 1963 Stämpfli represented Switzerland at the Biennale de Paris, where he showed his sensational new pictures for the first time, presenting himself as a representative of a new art movement, Pop Art. Fer is an impressive example from this period. 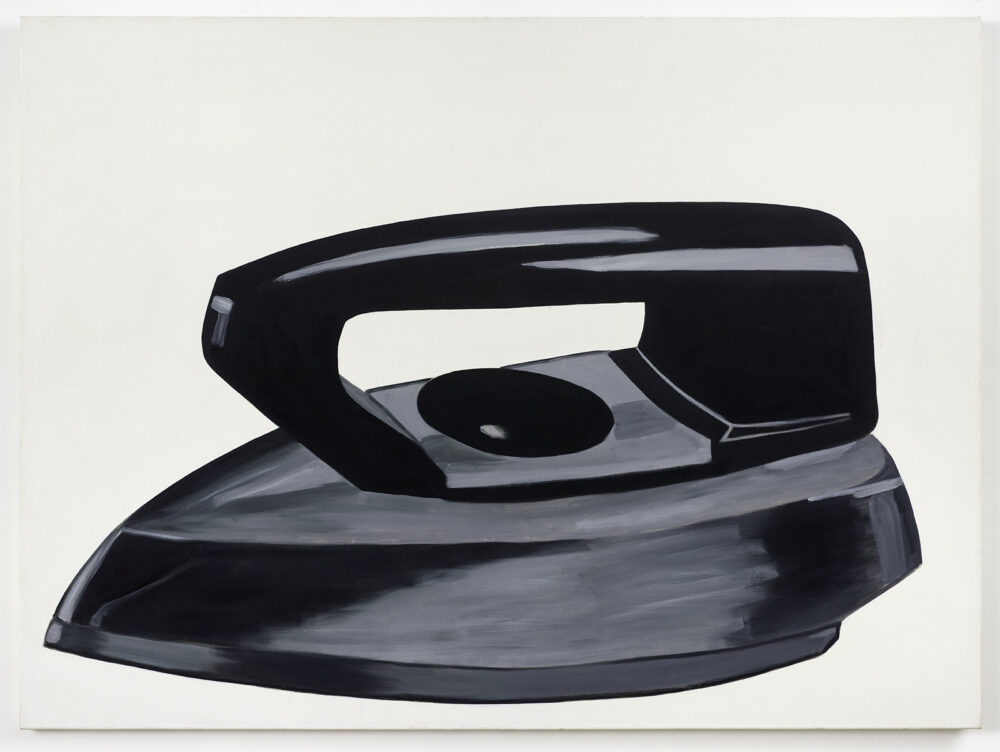