an interview with Eva Grädel

Kunstmuseum Thun: Eva, what is paul&ich all about?

Eva Grädel: paul&ich is a pioneering project designed to anchor the Zentrum Paul Klee more firmly at both the local and regional levels. The aim is to involve the people of Bern in participatory processes so that they can have a hand in the development of the Zentrum Paul Klee. To this end we actively seek contact and discussion with our neighbours. As project manager I assume the role of bridge builder and moderator, ensuring open lines of communication with various stakeholders in the district and the wider city. I listen to their needs and ideas with respect to the Zentrum Paul Klee and its function in the neighbourhood and then bring the diverse interests together. It is not uncommon for new ideas to emerge here, and it is then my job to integrate them into the participation process.

KMT: paul&ich is being (co-) financed for three years by Engagement Migros. After one and a half years of project work, what does the future hold?

EG: At the halfway stage of the project, there are three things I have learned so far: For one, there is definitely an interest and willingness on the part of the local public to become involved in the further development of the Zentrum Paul Klee. This participatory process takes a great deal of time and calls for flexibility on all sides. In order to achieve a lasting impact, the internal team process triggered by a project like this is just as important the neighbourhood outreach

KMT: What are the objectives for the first two years of the project?

EG: In the paul&ich project we want to measure both qualitative and quantitative effects, a goal that is in keeping with the funding principles of Engagement Migros. This means that visitor numbers at paul&ich events are just as important as individual feedback from neighbourhood participants. paul&ich is very much concerned with changing perceptions and attitudes, which is a long-term process. Clear trends will probably only be evident after five to ten years. Particularly with regard to visitor numbers, COVID-19 has made it impossible to gather any representative figures. But for that matter, our project blog paulundich.ch and the #CommunityMonday on social media are enjoying increasing popularity. In general, though, we find that the neighbourhood is very pleased to be consulted. A representative from a local association remarked: “It feels really good to be asked.” For me, that perfectly sums up the core impact. It shows that paul&ich is about each individual and that the interest in the project is sincere. What is also important in a project like this is not to hide behind an institution. As we are interested in personal contact with the people of Bern, we have to act as a team of individuals.

KMT: The first project implemented was the Bauhaus Lantern Festival at the end of last year. Can you briefly tell us about it?

EG: Based on an invitation Paul Klee designed for a Lantern Festival at the Bauhaus (1922) and also on the local Räbeliechtli (turnip lantern) parades, which traditionally take place in November, we came up with the idea for a Bauhaus Lantern Festival as a way to combine local traditions with Bauhaus design within the framework of paul&ich. The event was a mixture of the traditional St. Martin’s and Räbeliechtli processions and an educational exercise relating to the exhibition bauhaus imaginista.

KMT: What kind of feedback did you receive?

EG: We received a great deal of feedback, both from participants and our team. We were particularly pleased that all of the neighbourhood participants who helped to develop and carry out the event are open to doing further events with us. In advance of the lantern festival, we received many enquiries about the schedule but also extremely useful tips about possible synergies.

KMT: Did you notice any differences between the different neighbourhoods?

EG: Certain trends can already be identified. The majority of people who have participated in the process so far have the time and leisure to get involved. Most have a tertiary education and about half of the participants are retired. This reflects the socio-demographic situation of many of the surrounding districts. But there are also neighbourhoods in the immediate vicinity of the Zentrum Paul Klee that have not been represented in the process thus far. We will therefore focus more this coming year on reaching out to these neighbours.

KMT: Were there any misunderstandings when you started contacting residents?

EG: At the beginning, some people assumed that paul&ich was a marketing campaign. There were also people who feared that it would soon all vanish into thin air. Fortunately, I was able to put these fears to rest during my conversations. Our goal is for the attitude represented by paul&ich to be so firmly anchored in the institution by the end of the project that the participation and the resulting projects will continue.

KMT: Do you believe that community-building is gaining in importance for museums?

EG: Community-building and outreach are topics that have been on the agenda of museums all over the world for some time. In Switzerland, the discourse and related projects are on the rise. There is a great deal of interest in the subject among those working in museums and the cultural realm, and there are now even funding instruments in this area 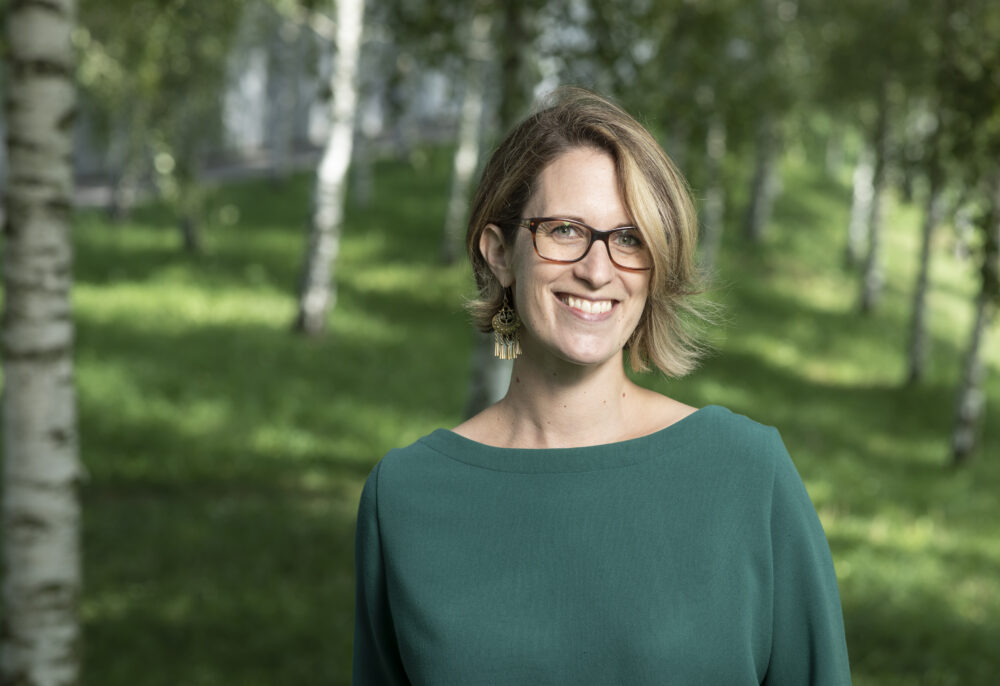 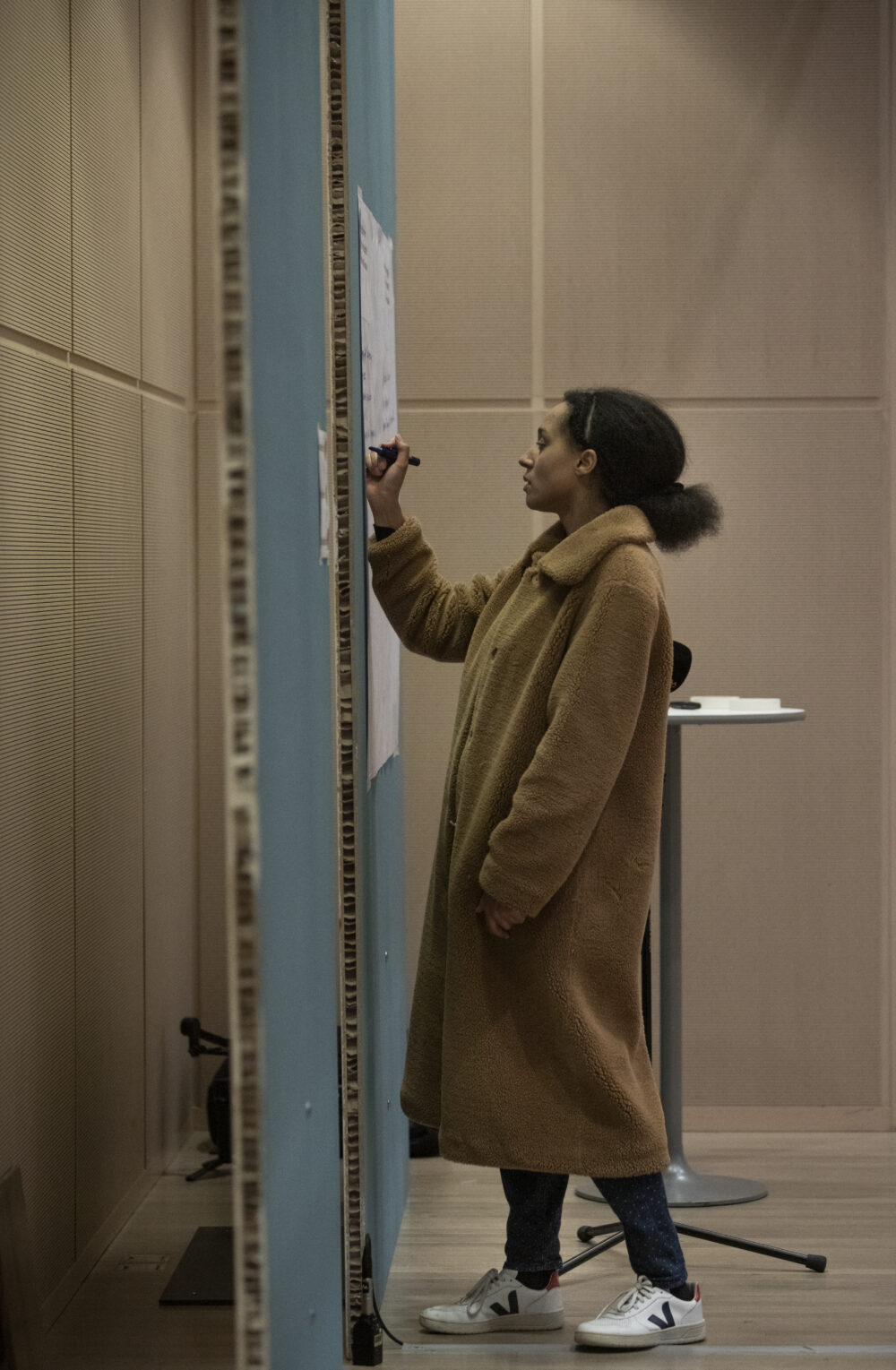