In February 2022, the Kunstmuseum Thun will devote a largescale solo exhibition to the Thunbased photographer Christian Helmle. Helmle deals in his artistic work with themes such as nature, architecture, people, structures and topographies. The show provides a comprehensive overview of his oeuvre, presenting both exemplary early works that have rarely been exhibited as well as more recent photographs, including a new series that combines reportage with architectural photography. A few works from the museum’s collection will also be on display.

1 What do you value about the medium of photography? What made you want to become a photographer?

I was already interested in foreign countries and peoples back in the seventies. I even began to study to ethnology, but I found it too theoretical for me. I wanted to get to know other places and cultures more directly. On my trips to West Africa I had an SLR camera with me for the first time, which I used to take photos of the landscape and people.
I found photography really enjoyable and the results were promising. Thanks to positive feedback from friends and an uncle who was a television cameraman, I had the idea of becoming a photographer. Everyone advised me against it, saying it was a difficult field and would always remain an unattainable dream.
But then I was accepted at the photography school in Vevey, where I learned the craft from the ground up. Advertising photography with its technical orientation didn’t really appeal to me, so I focused instead on reportage and soon took up artistic photography as well. I earned my living in the early days as a taxi driver and photojournalist.
Curiosity was an important factor, both in working life and in my independent photography. Photography has opened up so many worlds for me and given me access to different areas of life that would otherwise have remained hidden from me. It allowed me to overcome my introverted personality when I was young and to reach out to people, to step out into the world.

2 Your work covers a variety of subject areas such as nature, architecture and people but also experimental photography, structures and topographies. How do you come up with an idea for a photo? What sparks your interest in a particular subject?

Pictures of people used to be important to me. Later, I also started photographing landscapes and fractal structures, and then architectural themes.
A theme might emerge from a pure gut feeling. The external influences are sometimes subtle, sometimes more obvious. The Weissen Elefanten (White Elephants, 1999–2005), a series about buildings in Central Europe that do not function as planned, was inspired by an article in a French magazine. It fell on fertile ground, as I have always had an affinity for secret places and ruins, feeling driven to seek out and explore unusual settings. The series became a book, which included photos of power plants. That got me an invitation to speak at a symposium on energy architecture. To prepare, I photographed the relevant structures. And that in turn resulted in a project that later led to the book Waterpower. When photographing on site, I tend to work fast. But I have also learned to take my time with projects. It takespersistence to stick with a single topic. That’s the only way things can evolve and crystallise. After investing a certain amount of time – maybe even years – I feel the time is ripe to complete a cycle and present it to the public in an exhibition or a publication. 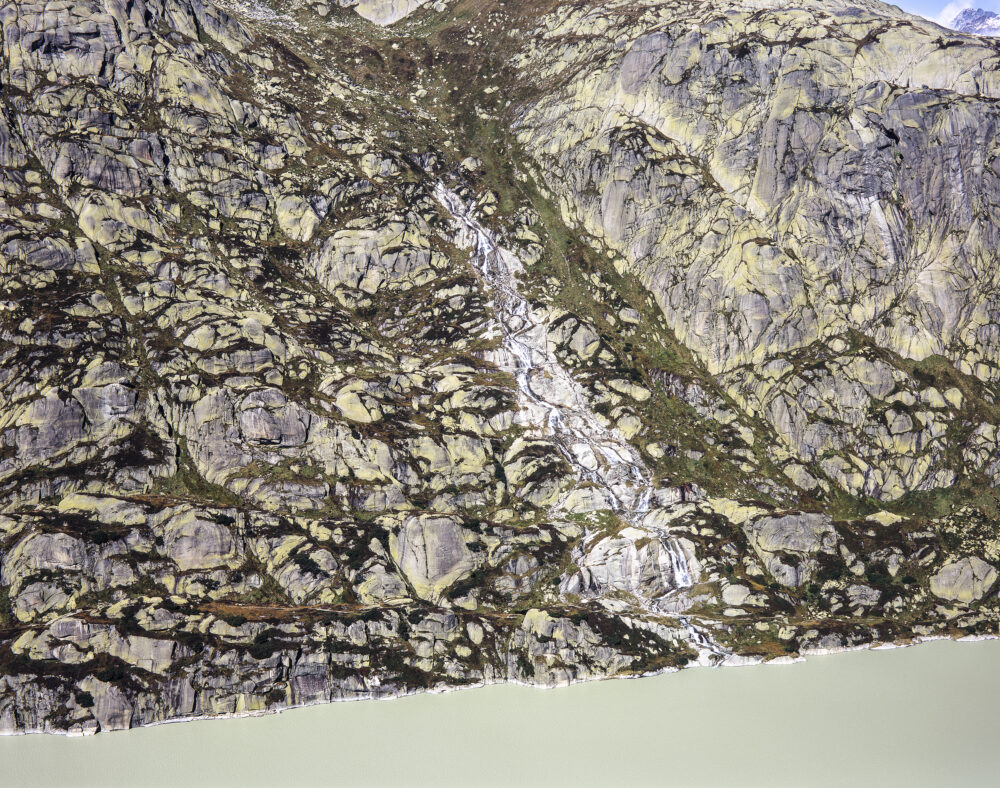 3 Your series Stadtmensch (City Dweller, 2017 – present), which shows people in their urban habitat, is presented for the first time in the exhibition. But you also photographed dervishes dancing in the streets at the Mawlid festivals in Cairo in 1993 and 1995). What is it like to photograph people in the public space? How do they react when they notice what you’re doing? Are there differences between then and now, or perhaps even between different regions and countries?

Taking pictures in Cairo, then as now, is risky. It is forbidden to photograph many of the things in public space. You always get noticed by people on the street. Some Egyptians believe I was stealing a part of their soul by taking their picture, while others reacted with remarks like “That’s forbidden here”. Still others take an interest, welcome you and enjoy posing. At the Mawlids things are really frenzied and agility is key to keeping up with the moving crowds. In Europe, photographers were probably shown more respect in the past. It was rare for people to take pictures in the street. Sure, there were always people who indicated that they didn’t want to be photographed. I have always tried to respect that. New EU legislation prohibits photographing people without their consent. But that’s not feasible in practice. It would spell the death of street photography. A data privacy specialist advised me to just keep taking pictures in public spaces as I’ve always done. It’s gotten harder, though, because many people are suspicious, unaware of the context in which I work. Once I explain my concept, it’s usually okay with them. Strange how everyone is taking pictures with their smartphones today and putting themselves out there on social media, but they don’t want to have their picture taken.