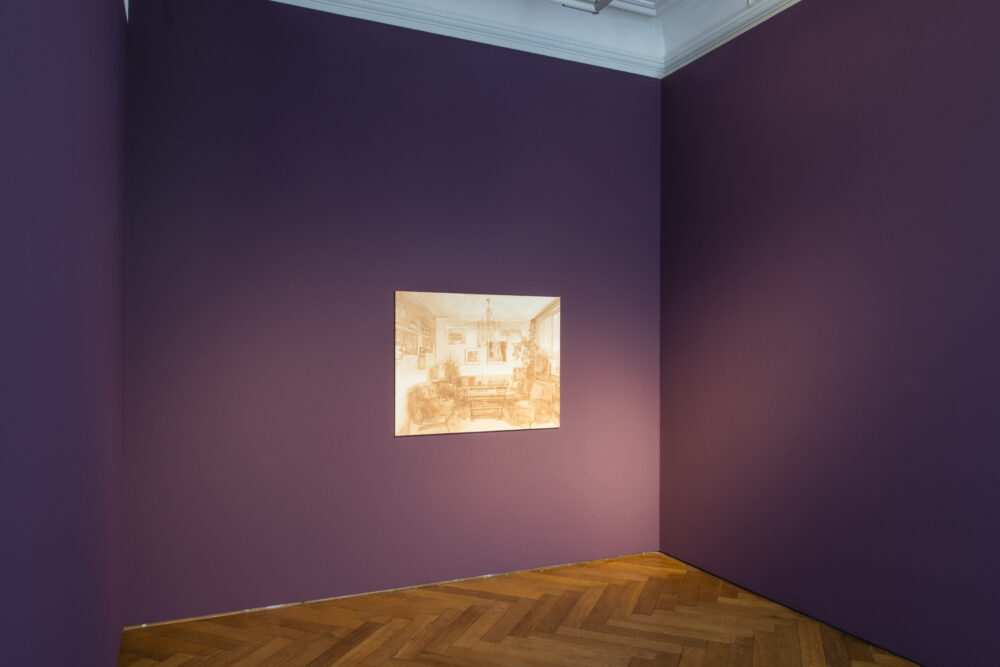 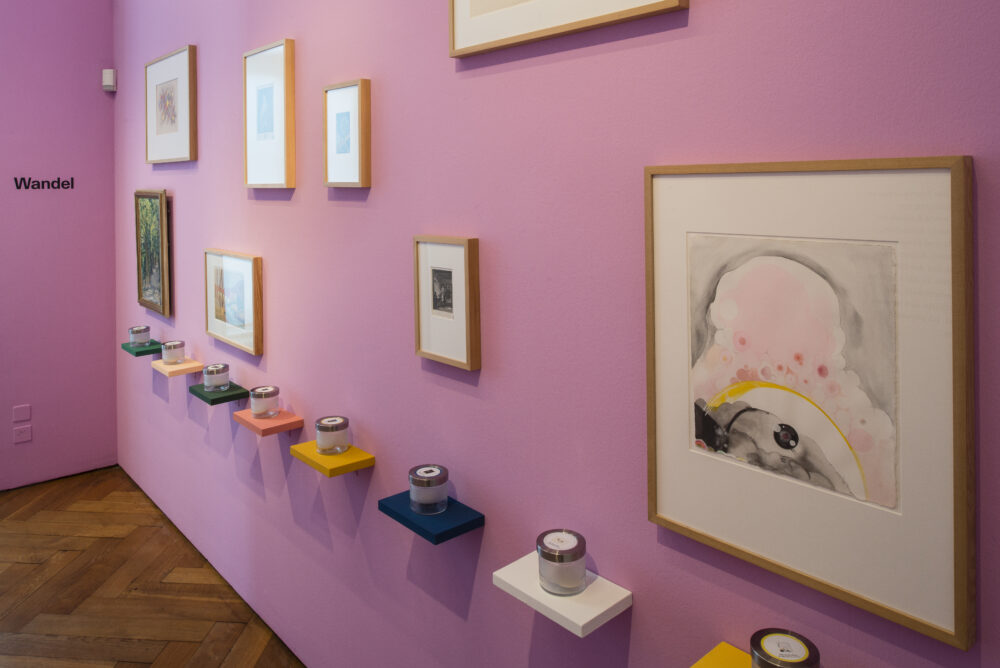 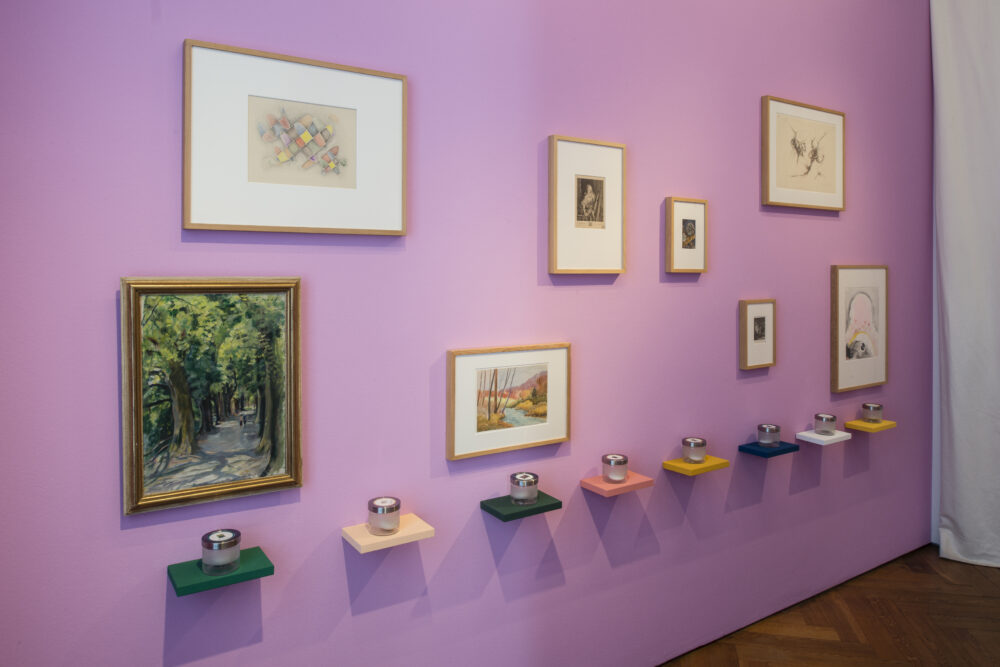 In the series Olfactory exhibition, which deals with an experimental arrangement of scents and art, the third exhibition entitled Collecting fragrances focuses on personal olfactory worlds. In a collaboration between Kunstmuseum Thun and Pro Infirmis Bern, the counselling centre in Oberland, people with and without artistic skills and experiences, with and without impairments are sought and found for a joint project. In six meetings, eight interested people explain the collection and the different fragrances. Thereby they become exhibition organisers who through their preoccupation with the collection decide on the theme of change. Fragrances as well as images keep changing, depending on mood, experience, memories. It is this idea that the organisers want to mediate to the public. As a result, a painting by Diana Dodson with the title Same, Same but different (2011) is selected, by which a jointly composed fragrance can be smelled. The Bernese perfumer Brigitte Witschi introduces the world of scents and assists the project group in the practical creation of the fragrance. First, the participants individually pick an artwork from the collection for which they create a personal fragrance.

This project has been developed in cooperation with the Scent Culture Institute (Bern-Zurich) and is shown in a total of four experimental parts in the project room enter at the Kunstmuseum Thun. The first exhibition involved the scent of art materials, the second one was based on the collection, displaying landscapes, portrayals and fragrances that deal with nature. In the fourth exhibition a contemporary position that works with fragrances is presented by the artist Habib Asal. It is an olfactory experiment that works in different ways with the sense of smell as well as creative works from the collection of the Kunstmuseum Thun.