Werner Ritter was born in Basel in 1933. From 1948 to 1953 he attended the graphic arts and painting class at the Allgemeine Gewerbeschule [General Vocational School] in Basel. In the mid-1950s he studied at the Academy of Fine Arts in Munich and at the École des Beaux-Arts in Paris. Sojourns in France, Spain and the Swiss Jura would follow up until 1969. He had a studio at Kaserne Basel from 1966 to 2018. Following the award of an Atelierstipendium [studio scholarship] from the city of Basel for Paris in 1969, he remained in Paris and moved, with his studio, to the 20th arrondissement in 1977. Since then he has been working in Basel and Paris and holds regular exhibitions. 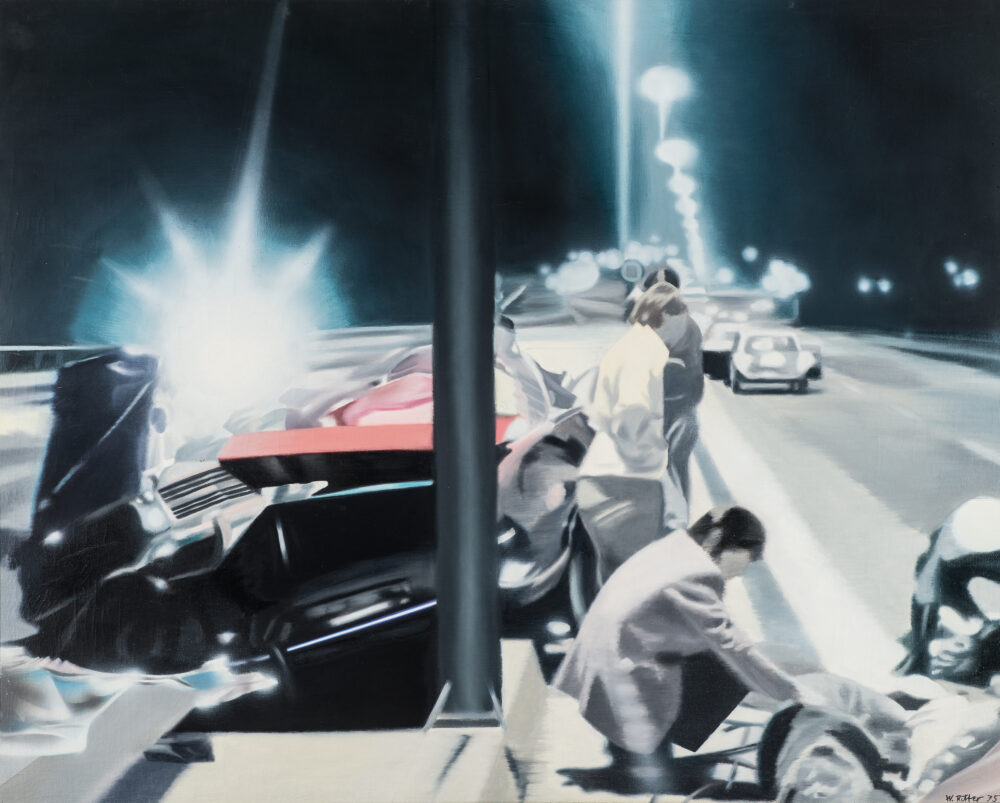