Tonio (Antonio) Ciolina was born in Bern in 1898. He completed an apprenticeship in his parents’ textile business after which, from 1920, he spent six years in western Switzerland and southern France as a pupil of the painter Alcide-Marie Le Beau. This was followed by trips to Tunisia, Greece and Asia Minor, and from 1929 to 1930 by sojourns in Paris and Hamburg. He settled in Bern in 1933 where two years earlier he had founded the Bern artists’ group ‘Der Schritt weiter’ [The step forward] with Max von Mühlenen and others. He presented his works in exhibitions at home and abroad. From 1946 to 1952 Ciolina was president of the Bern section of the Association of Swiss Painters, Sculptors and Architects (GSMBA) which elected him an Honorary Member in 1984. He died in Bern in 1988. 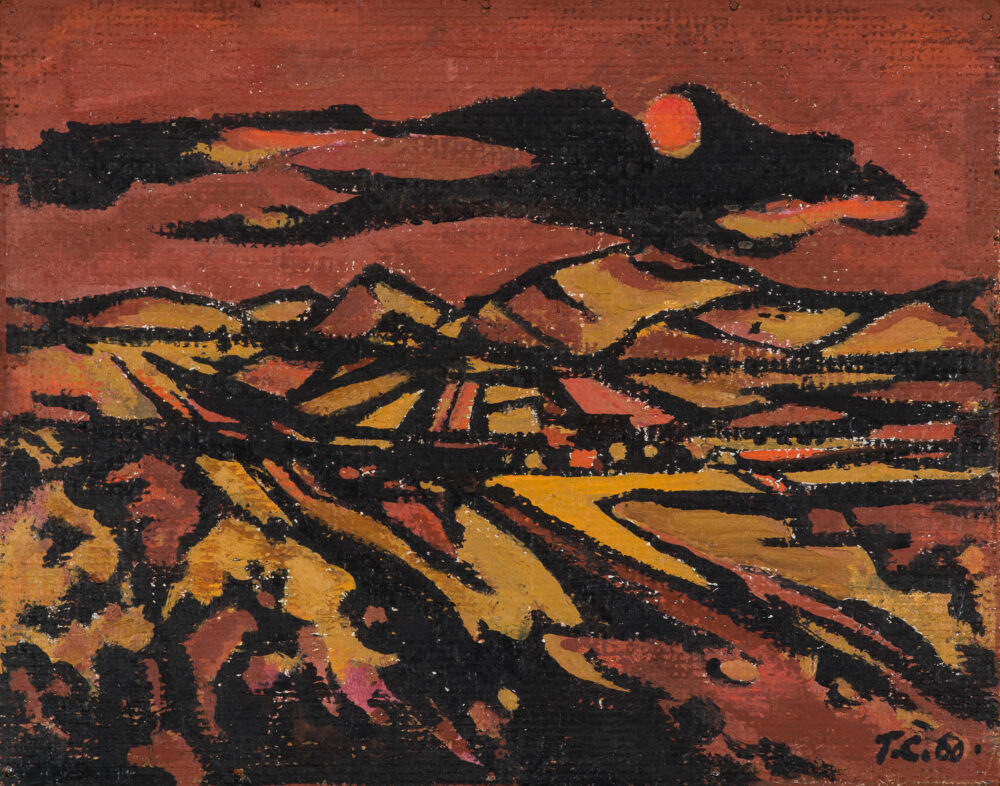