Thomas Dubs was born in Zurich in 1933. In 1953, he attended Kunstgewerbeschule [School of arts and crafts] in Zurich. In 1954 he went to Paris where he worked in André Lhote’s studio, studied with Ossip Zadkine, drew at the Académie de la Grande Chaumière and studied etching techniques at the Ecole Estienne. In 1957, he took part in his first exhibition. After a year in Florence, Dubs returned to Switzerland in 1959. In the 1960s he worked as a painter and etcher. In 1970 and 1971 he drew and wrote picture books for his sons, which were later published by Rotafel. He created his first painted play objects in 1972, a theme he returned to in the 1980s. In 1973 he started teaching at the teacher education department at the Kunstgewerbeschule in Zurich. From 1985, Dubs worked as a conceptual artist, creating concept texts, idea sketches and models for large-scale sculptures; in particular he created several kinetic pendulum and play objects. In 2005 he wrote his autobiography entitled “Zehn Leben: Geschichten zu meinem Werk” [Ten lives: stories about my work]. In 2007 he founded the Stiftung Thomas Dubs [Thomas Dubs Foundation] in Zurich with a donation of his entire oeuvre. He died in Zurich in 2019. 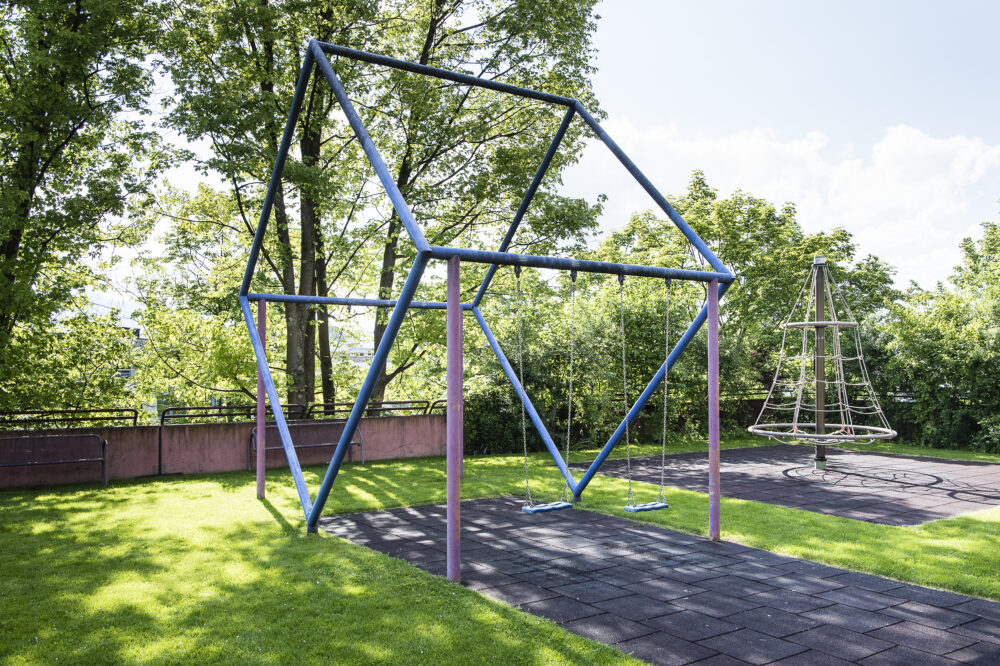