Schang Hutter was born in Solothurn in 1934. After an apprenticeship in his parents’ business and attending the Kunstgewerbeschule [School of arts and crafts] in Bern in 1954, his father, stone mason Jean Hutter, sent him to Munich to study. There he trained as a sculptor and was influenced by the aftermath of the Second World War. Hutter received the Eidgenössische Stipendium [Swiss federal scholarship] in 1958, 1960 and 1974 and returned to Solothurn in 1961. After a stay in Warsaw in the late 1960s, Hutter moved to Hamburg in 1982 where he spent three years, and then on to Berlin in 1991 where he had a studio. From 1988 to 1989 he held a visiting professorship at the Akademie der Bildenden Künste [Academy of fine arts] in Munich. From 1999, his studio and residence were in Genoa and Derendingen. Hutter died in Solothurn in 2021. 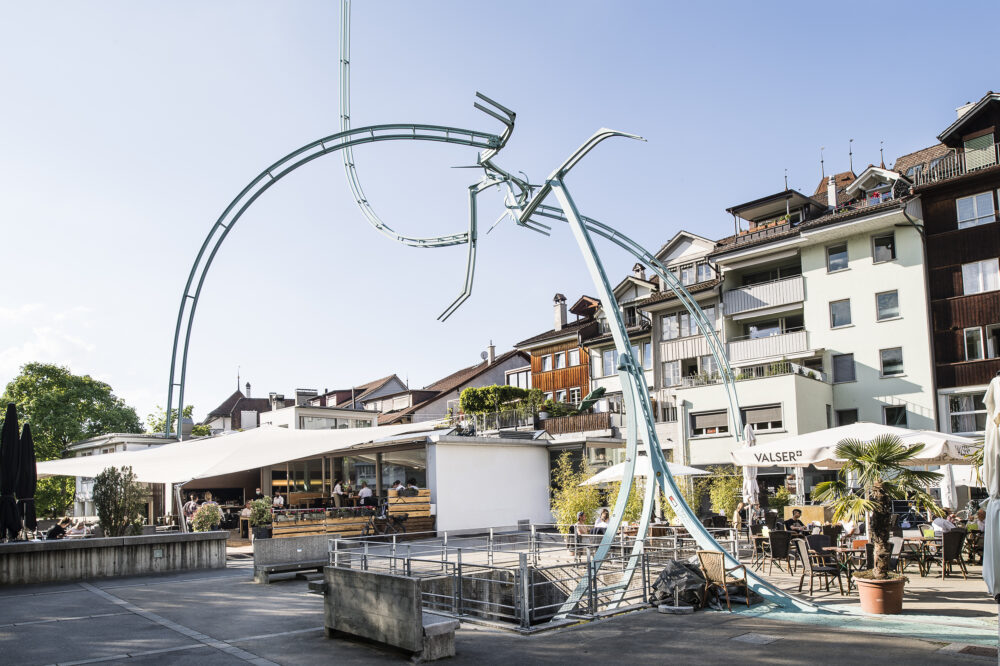