Rudolf Maeglin was born in Basel in 1892. After leaving secondary school he studied medicine. After taking his state examination in 1918 he worked as a junior doctor at the Geneva Cantonal Hospital. A year later he abandoned the medical profession and turned to art. After a trip to Italy in 1921 he studied in various art academies in Paris and travelled to Brittany and Spain. He returned to Basel in 1927 and worked as a labourer on building sites and in the chemical industry. In 1933, he co-founded the Basel artists’ collective “Gruppe 33” [Group 33]. Three years later he was working freelance, mainly on woodcuts, and became a member of the “Xylon” wood engravers’ association. From 1947 he lived in a studio in the Kleinhüningen district of Basel, where he died in 1971. 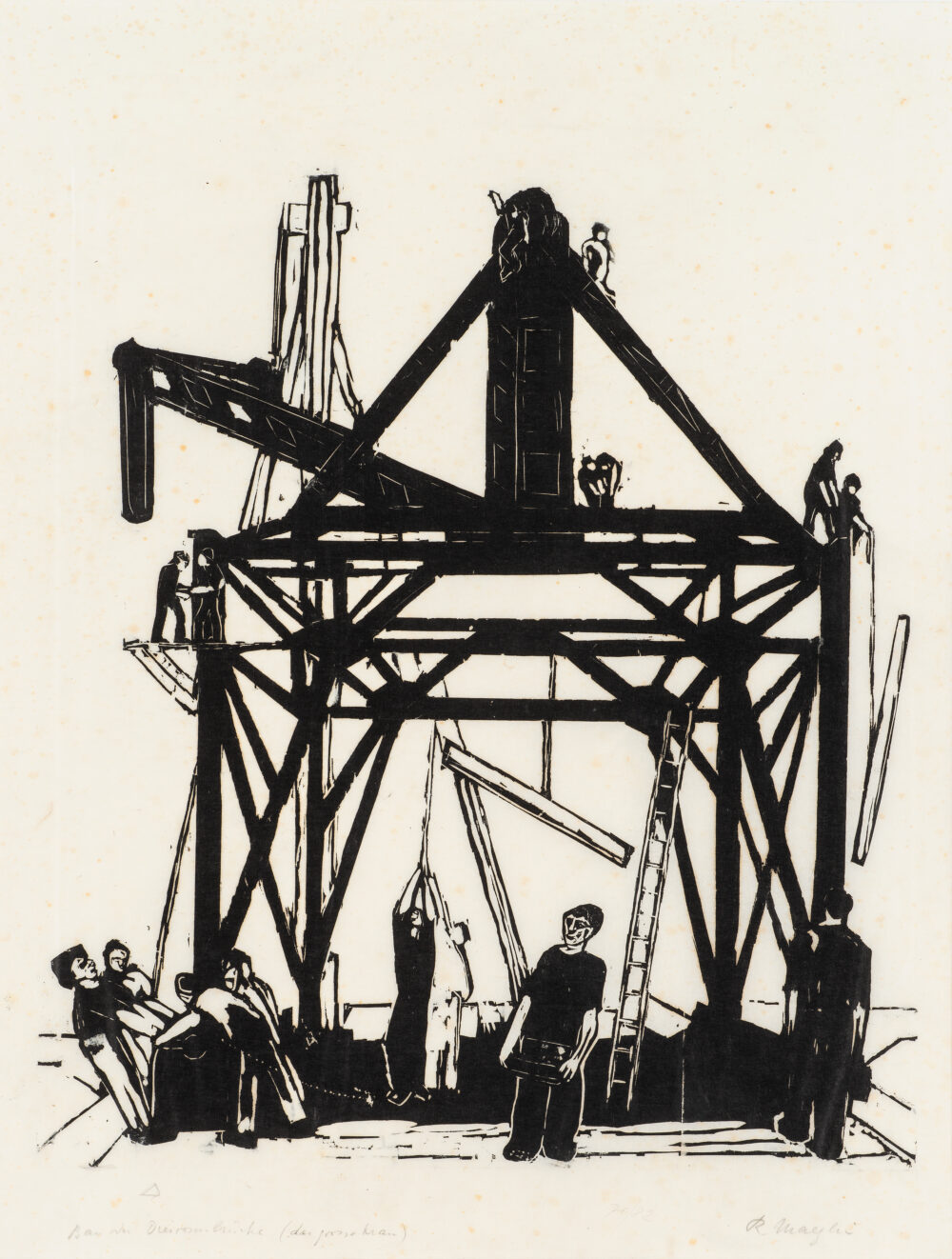 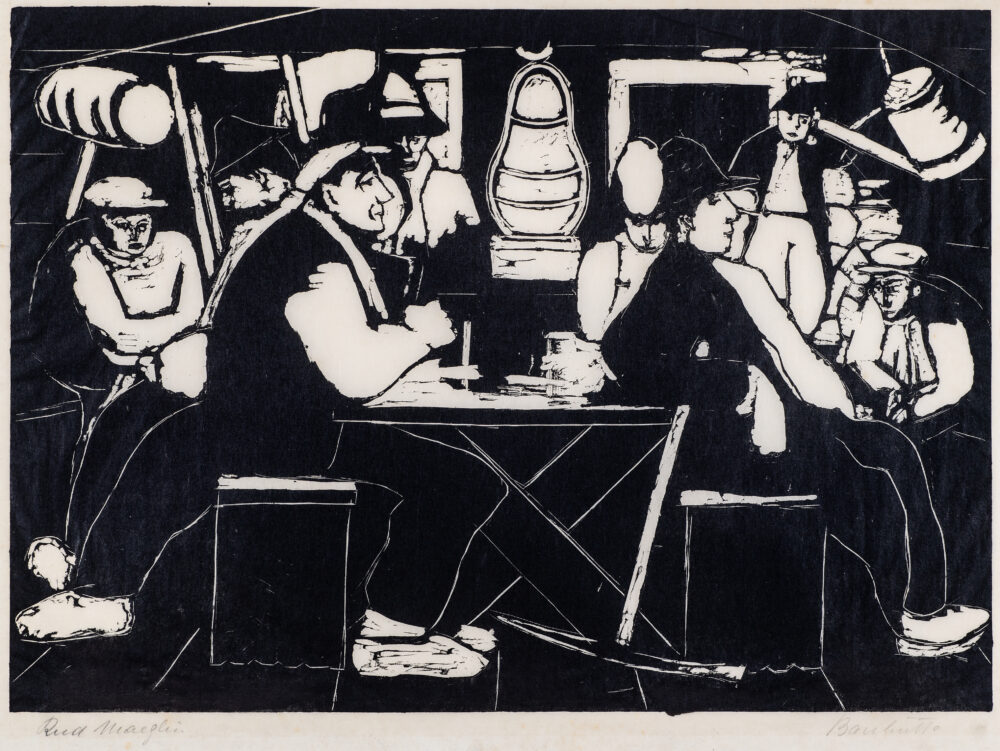