Pravoslav Sovak was born in Vysoké Mýto, eastern Bohemia in 1926. After secondary school he attended a private art school and then studied at the School of Applied Arts in Prague. In 1947 he took a post as art education assistant at Palacký University. During the 1950s he worked in depth on his graphic techniques, focusing on etching. This was followed by his first exhibitions. After the Prague Spring in 1968, he left Czechoslovakia and came to Switzerland. In addition to an active exhibition programme, he was first a lecturer in Zurich, and from 1975 Professor of Graphic Arts at the Fachhochschule Köln [University of Applied Art and Design in Cologne]. He lives and works in Hergiswil. 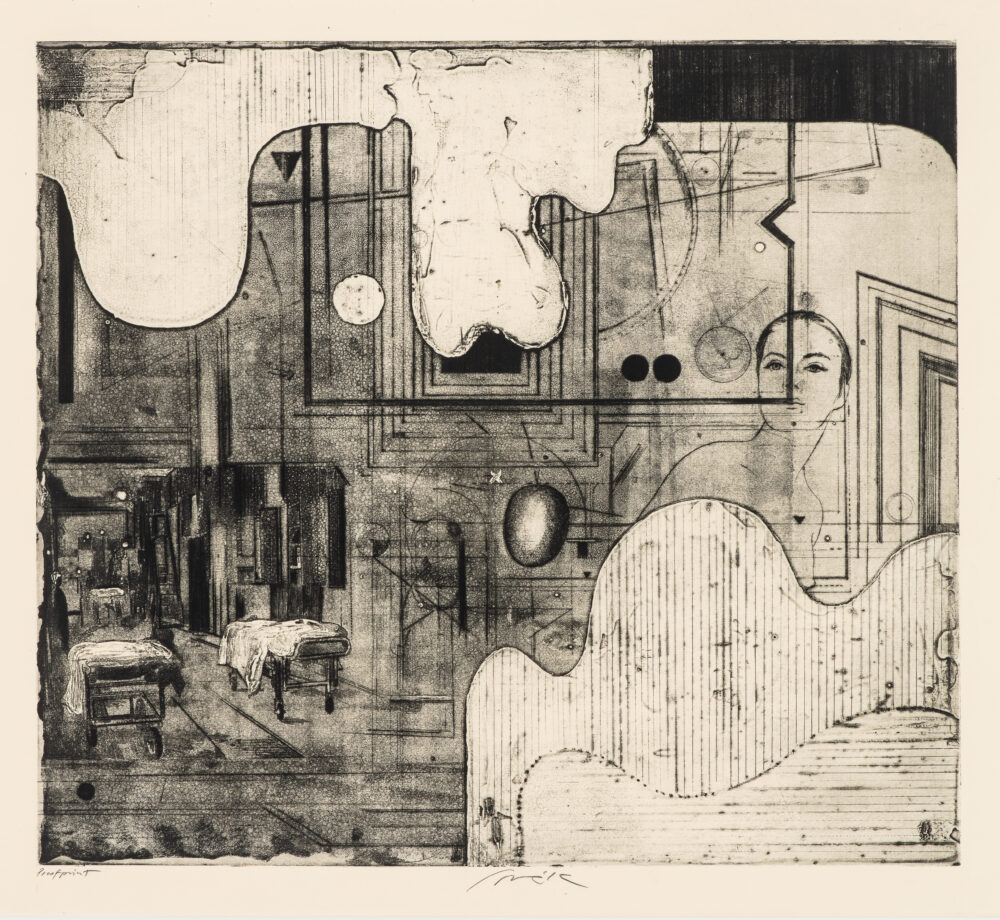