Peter Wüthrich was born in Bern in 1962. In 1978, he attended the preliminary course at the Kunstgewerbeschule [School of Arts and Crafts] in Bern and trained as graphic artist between 1980 and 1984. In 1991 he produced his first installations with books, and since 1992 he has devoted himself exclusively to the theme of the book. In 1996 he received the main award of the Aeschlimann Corti Scholarship. In 1989 he started to display his work in group and solo exhibitions, such as the “Querschnitt” [Cross Section] exhibition at the Kunstmuseum Thun in 1992. Since 2006 he has carried out various Kunst-am-Bau [Percent for Art] projects – in Mexico City and Paris, for example. He lives in Bern. 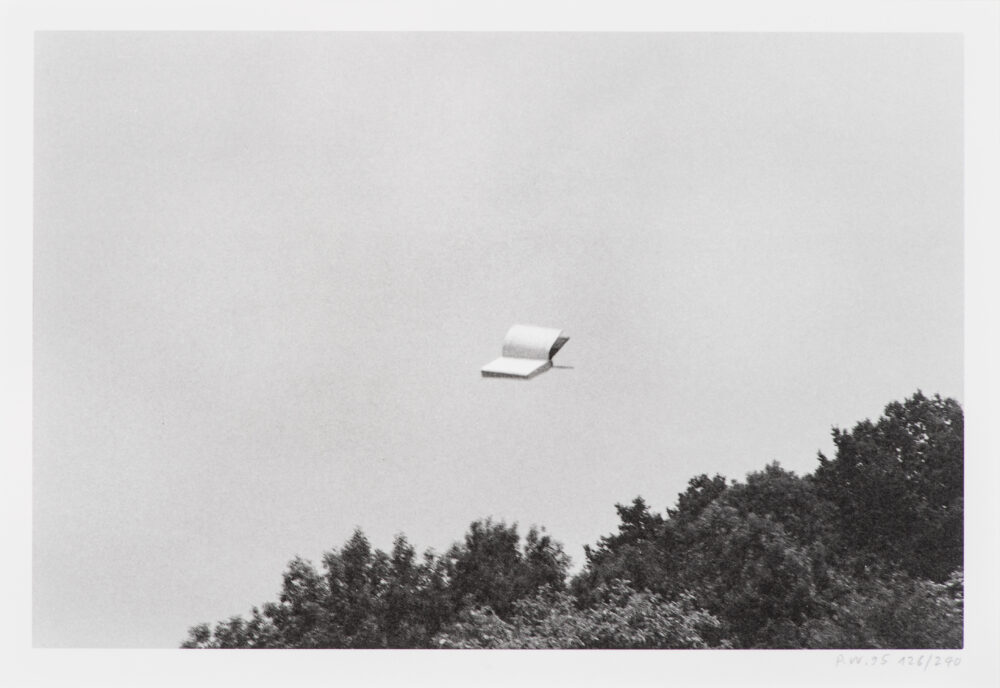