Paul-Théophile Robert was born in Ried in 1879. He received his first art training from his artist father, Paul Robert, and then from Clement Heaton in Neuchâtel and Eugène Burnand in Montpellier. After a stay in Florence, he lived in Paris from 1900 to 1907 where he attended the École des Beaux-Arts. He then returned to Switzerland (to Saint-Blaise) and became part of the Swiss art scene. He returned to Paris in 1918, gaining international recognition as an exponent of Neoclassicism, and exhibited his works in Germany, Belgium, Japan, and other countries. He made a permanent move back to Switzerland in 1929, turning to monumental art and taking on the interior design of the Catholic Church in Saint-Blaise in 1939. Robert died in Neuchâtel in 1954. 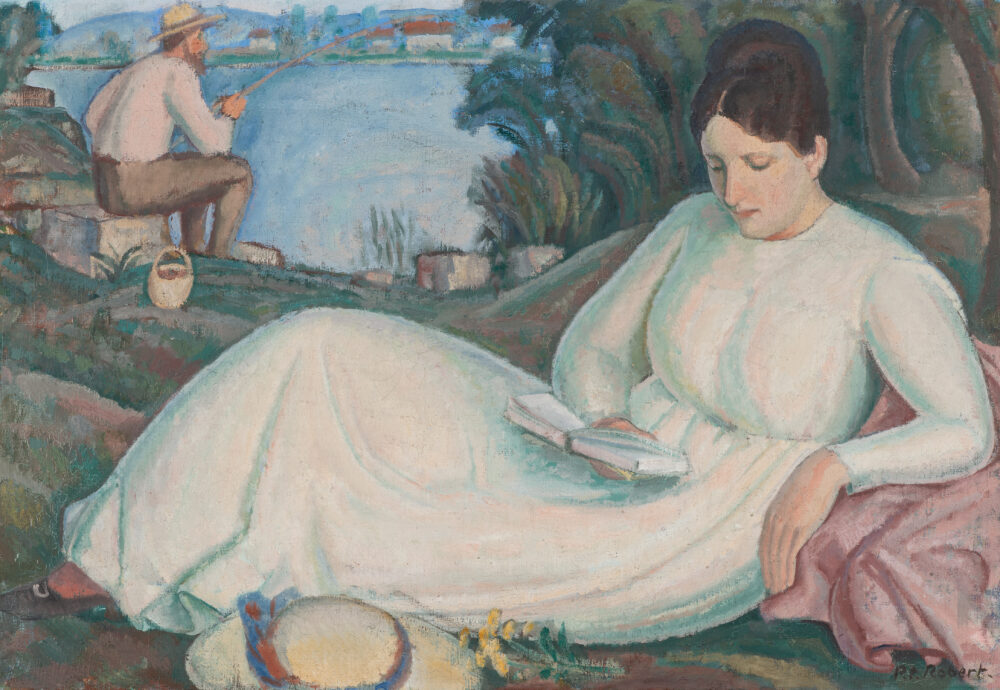