Max von Mühlenen was born in 1903 in Bern, where he passed his Matura [equivalent to A-levels in UK] in 1922. He then went to Paris and studied at the Académie Julian where he made friends with Serge Brignoni and devoted himself to landscape painting. In the 1930s, he experimented with colour and began to paint in an abstract manner. During this time, he met the artists Tonio Ciolina, Albert Lindegger and Hans Seiler, with whom he founded the artists’ group “Der Schritt weiter” [The Step Forward] in 1931. Von Mühlenen returned to Switzerland in 1938, and two years later he was running an art school in the Kornhaus [a former granary] in Bern. In 1964, this was affiliated to the Kunstgewerbeschule [School of Arts and Crafts] in Bern. His students included Franz Gertsch, Franz Eggenschwiler and Knud Jacobsen. In the 1950s, von Mühlenen’s work began to become increasingly monochrome. He explored ‘pure colour’ in great depth. During his creative period he displayed works at a number of exhibitions, including the group exhibition “11 Berner Künstler” [11 Artists from Bern] at the Kunsthaus Zürich in 1940, and “documenta II” in Kassel in 1959. In 1977, six years after the artist’s death, the Kunstmuseum Thun held a major retrospective. 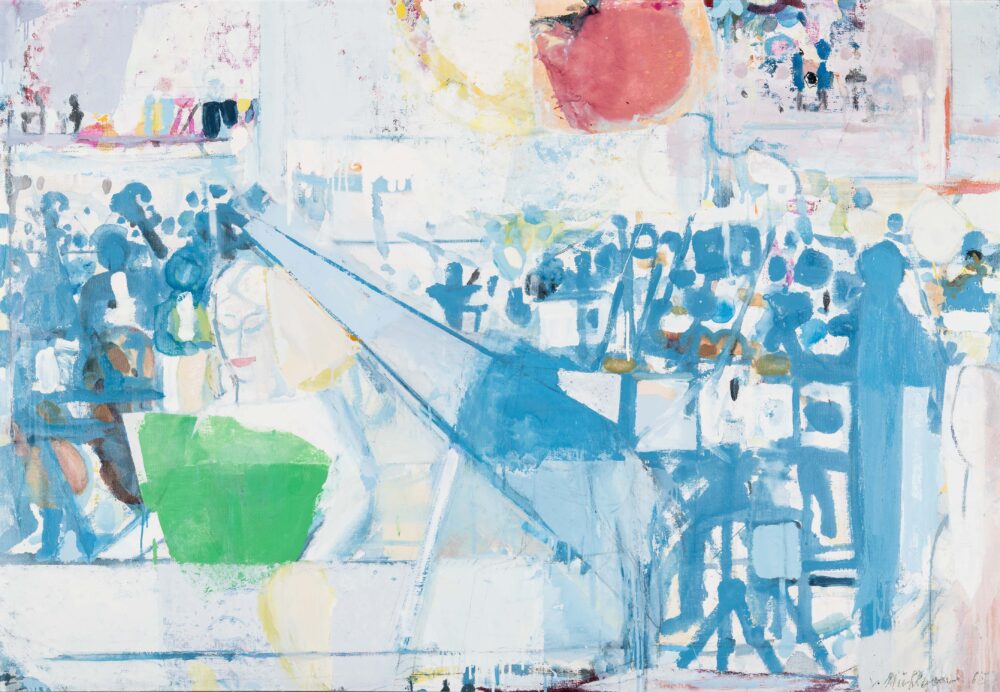 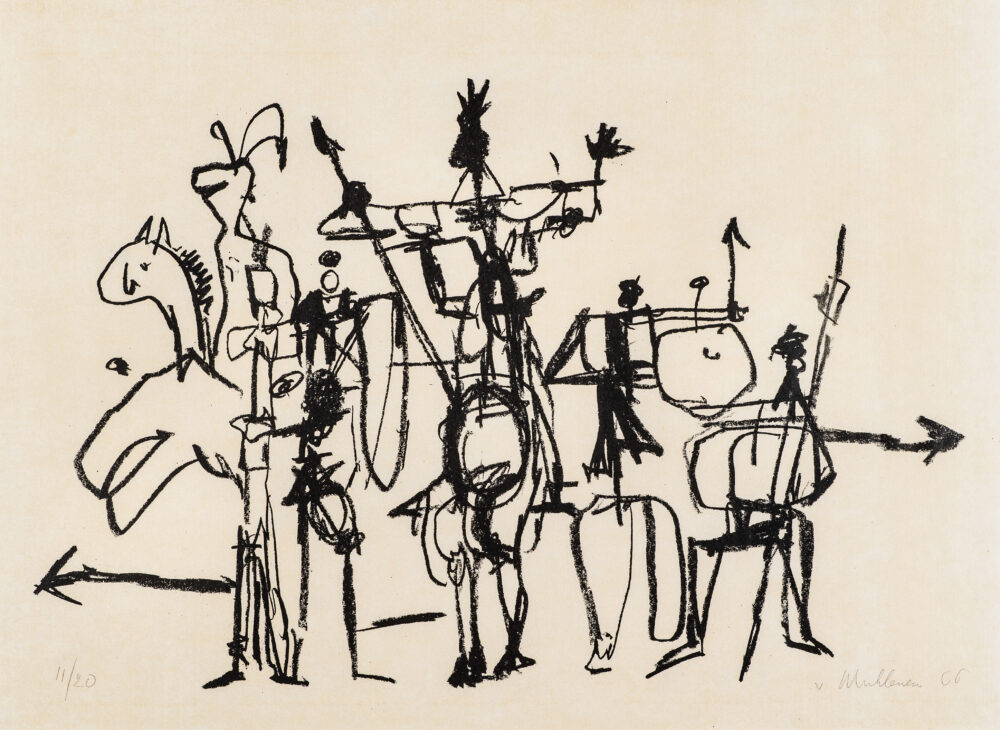