Max Buri was born in Burgdorf in 1868 into a wealthy merchant family. He had art lessons from an early age and entered the Academy in Munich in 1886, switching to the private school of Simon Hollósy six months later. He studied in Paris for four years from 1889, after which he returned to Munich as a pupil of Albert von Keller. He came back to Switzerland in 1899, living first in Lucerne, then Brienz. Here, he cemented both his way of life and his style of painting. It was here that he produced his main works earning himself the name ‘Maler von Brienz’ [Painter of Brienz]. He exhibited his works internationally, including in Munich and Paris. Buri died in 1915 after falling into the river Aare in Interlaken as a result of a dizzy spell. In the autumn of that same year, a memorial exhibition was held in his honour at the Kunsthaus Zürich. 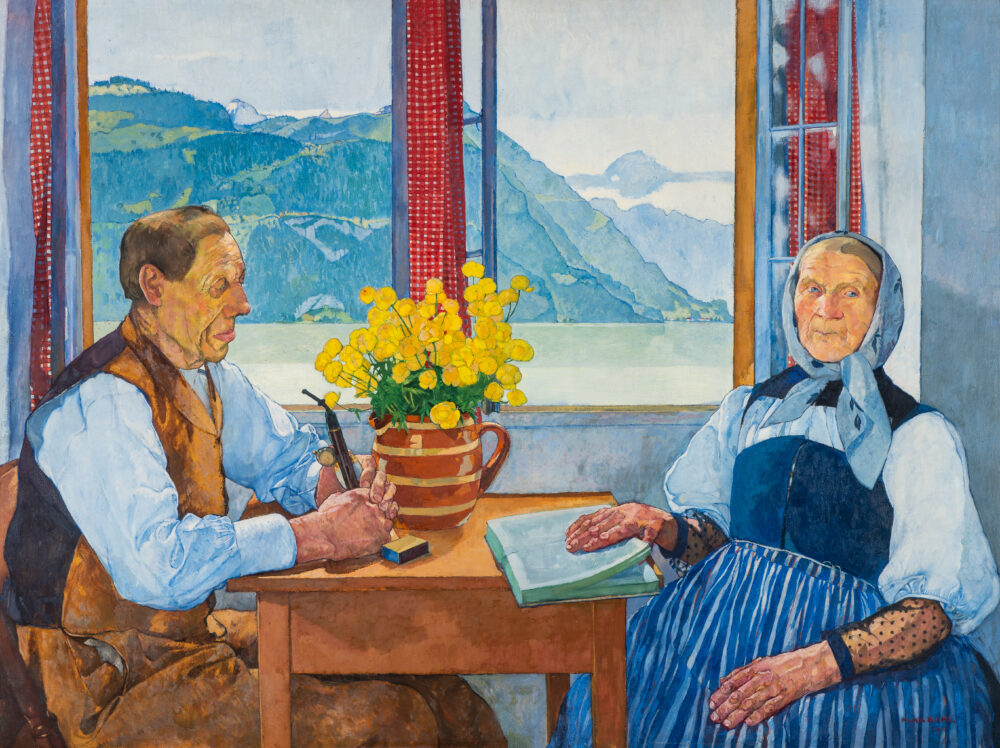