Marquard Wocher was born in Mimmenhausen near Salem in 1760. He was taught to draw from an early age by his father Tiberius Domenicus Wocher who was court painter to the Prince Bishop of Constance. In 1771 he went to Bern with his father and started to study under him. From 1779 he worked in Ludwig Aberli’s workshop. From 1780 he also worked as a portrait artist, concentrating on regional costumes until 1794. In 1782 he moved to Basel where he married the widow Anna Maria Fatio in 1800. He travelled many times around the Bernese Oberland (in 1809 for example) where he drew sketches for a panoramic view of the city of Thun. He painted his panorama in a building on the Sternengässlein, finishing it in 1814. Due to financial difficulties he tried to sell the panorama in 1829 but without success. He died impoverished in Basel in 1830, his estate auctioned off to pay his debts. His panorama is now on display in the Schadaupark in Thun. 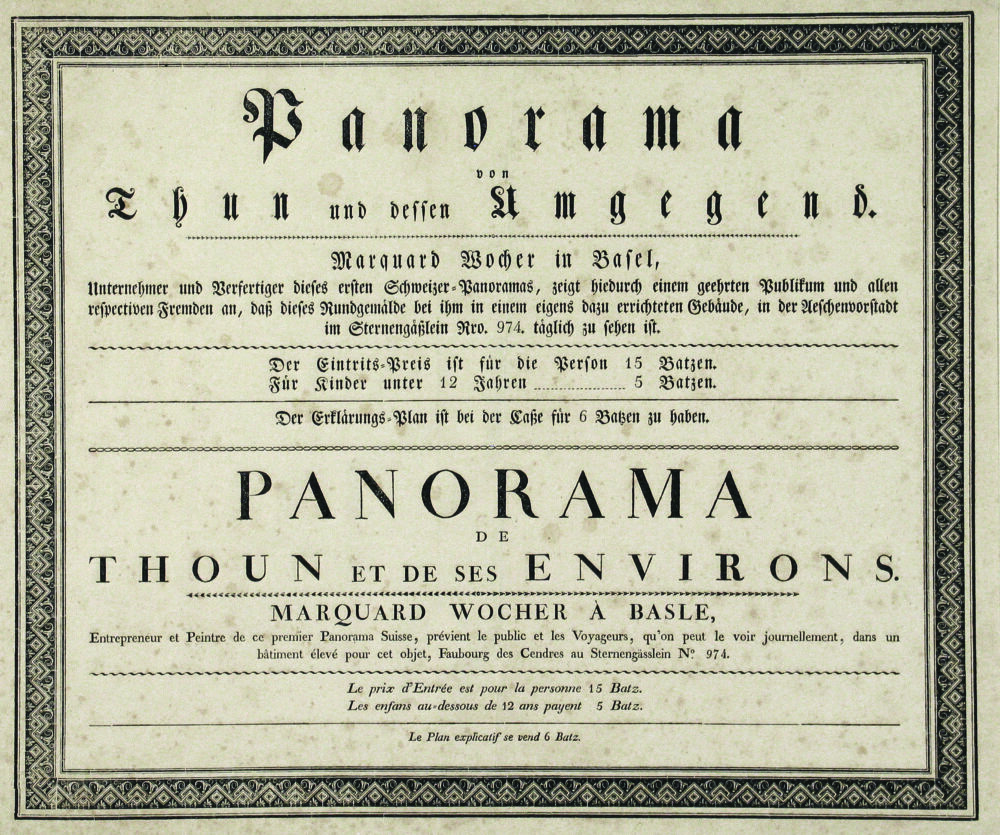 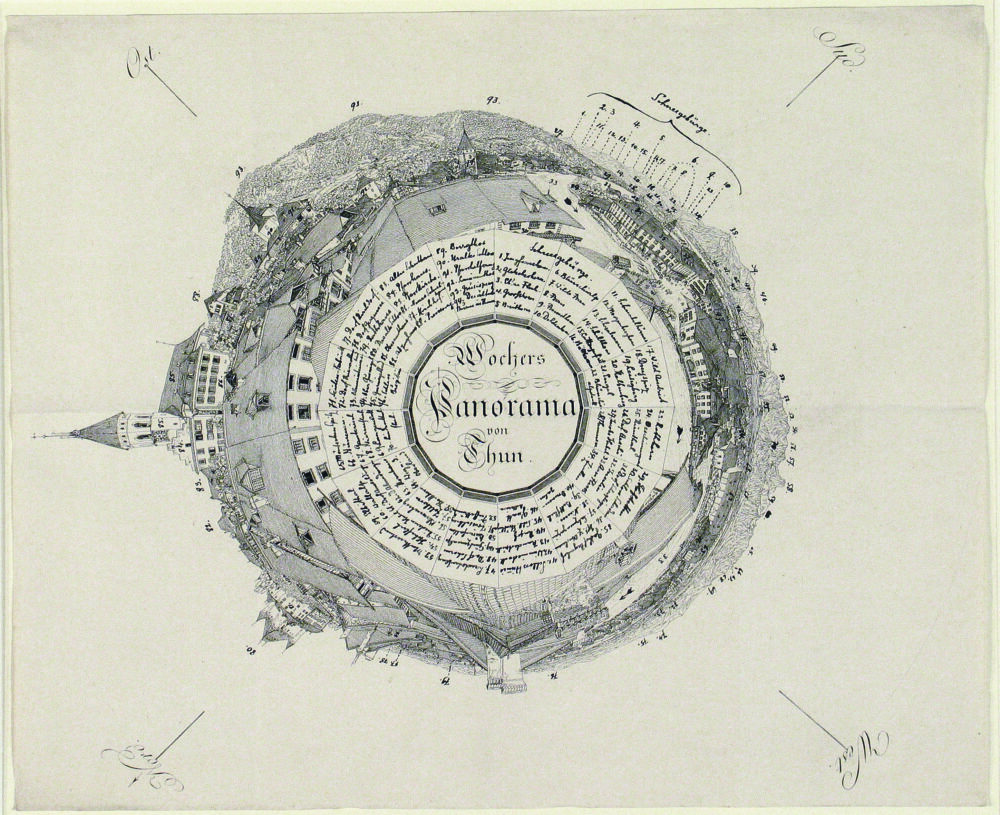 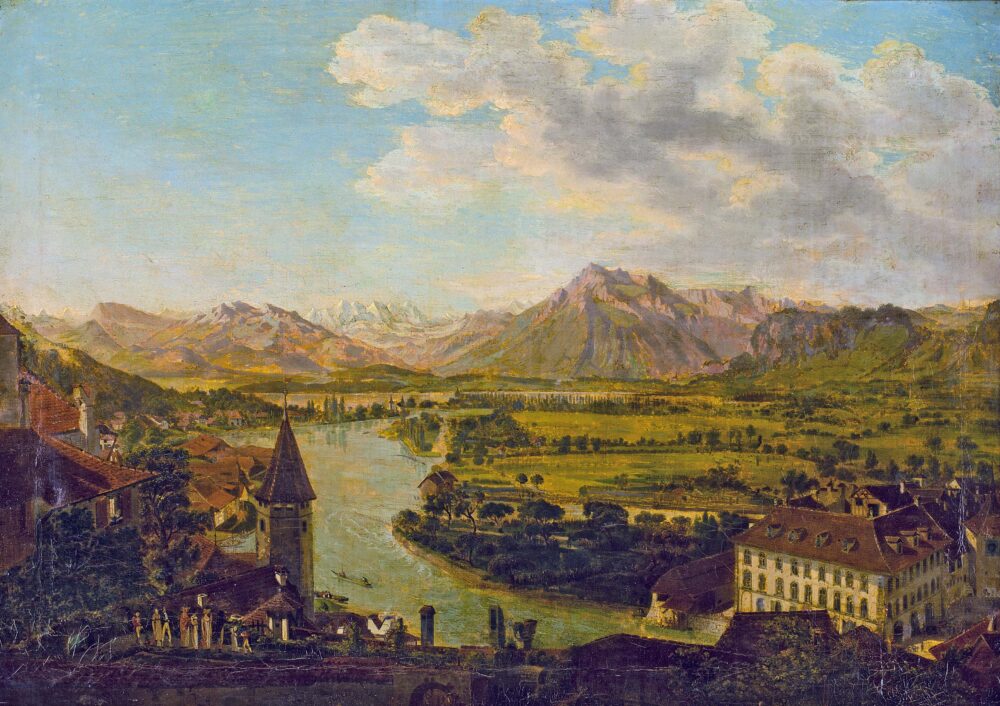