Marino Marini was born in Pistoia in 1901 and began his studies in painting and sculpture at the Accademia di Belle Arti di Firenze [Academy of Fine Arts of Florence] at the age of 16. After his first sojourn in Paris, from 1929 to 1940 he was a lecturer at the Villa Reale art school in Monza near Milan. In the years following this he travelled to Paris and stayed in England and Germany. Starting in 1941 he spent five years in Ticino where he met Alberto Giacometti, Germaine Richier and others. He then returned to Milan. His works have been displayed at major exhibitions in New York, Kassel, Rome, Zurich and elsewhere. He died in Viareggio in 1980. 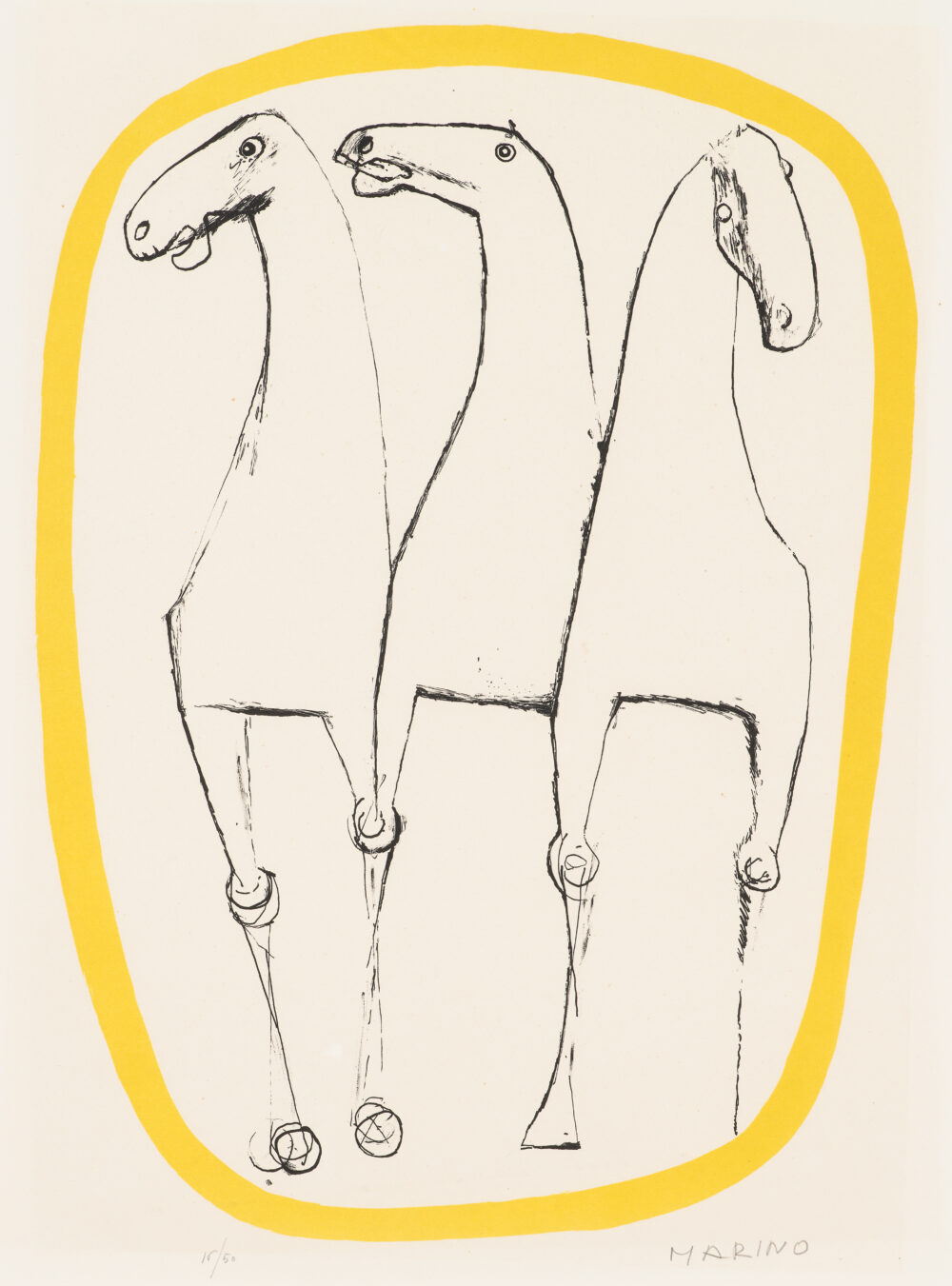