M.S. Bastian, aka Marcel Sollberger, was born in Biel in 1963. He trained as a draughtsman and then attended the preliminary course and the graphic arts class at the Schule für Gestaltung [School of Design] in Biel and Bern, focusing on advertising and graphics. He went to New York in 1990/91 for a one-year stay, where he met Raw illustrators Gary Panter and David Sandlin. He then went to Paris for a year where he joined the Grapus design studio. He exhibits his work in solo and group exhibitions in Switzerland, Germany and France, and has received numerous scholarships and prizes, including the Aeschlimann Corti Scholarship. He has been working with the artist Isabelle L. since 2003. He lives and works in Biel. 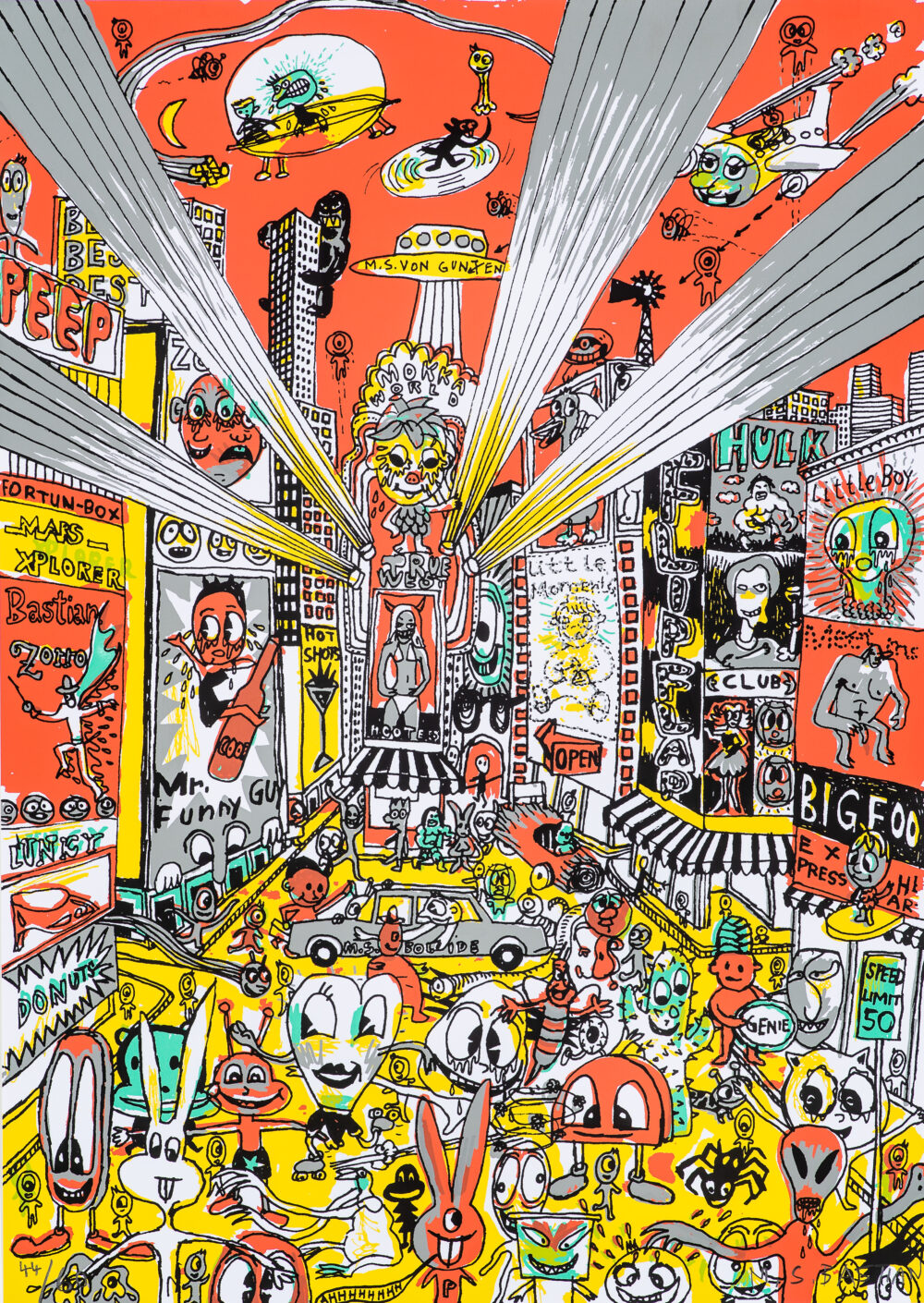