Le Corbusier was born Charles-Édouard Jeanneret-Gris in La Chaux-de-Fonds in 1887. In 1900 he began an apprenticeship as an engraver and chaser at the city’s Kunstgewerbeschule [School of applied arts]. He then travelled to Tuscany, Budapest, Vienna and Paris, where he worked in Auguste Perret’s studio. In 1909 he returned to La Chaux-de-Fonds, where he was one of the founder members of the Ateliers d’Art Réunis. A year later he travelled to Germany to study the arts and crafts movement there. He settled in Paris in 1917 and used his pseudonym for the first time. In 1928, the artist and architect actively contributed to the founding of the Congrès Internationaux d’Architecture Moderne (CIAM) at La Sarraz castle. 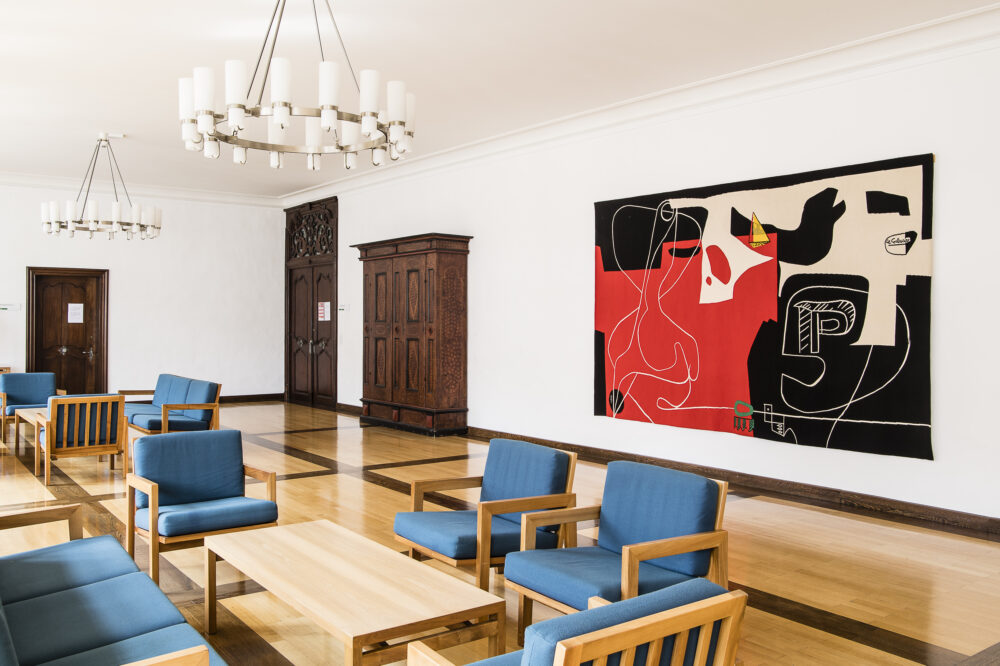