Knud Jacobsen was born in Algiers in 1928. He spent his first years in Montreal and came to his mother’s home town of Thun in 1933. During a ceramics apprenticeship from 1944 he was taught by the glass painter Robert Schär. In 1947, he attended Max von Mühlenen’s art school for two semesters and then the graphic arts class at the Kunstgewerbeschule [School of Arts and Crafts] in Bern. From 1949 he worked as both a freelance artist and graphic artist. At first he had his studio in the attic of the “Thunerhof”, where the Kunstmuseum Thun is now located. In 1954 he moved to Freienhofgasse 7 and started to exhibit his work. Together with seven other artists from Thun he founded the Aarequai Gallery in 1958. In 2012 he was awarded the Kulturpreis der Stadt Thun [City of Thun Cultural Prize]. Jacobsen died in Hünibach near Thun in 2019. 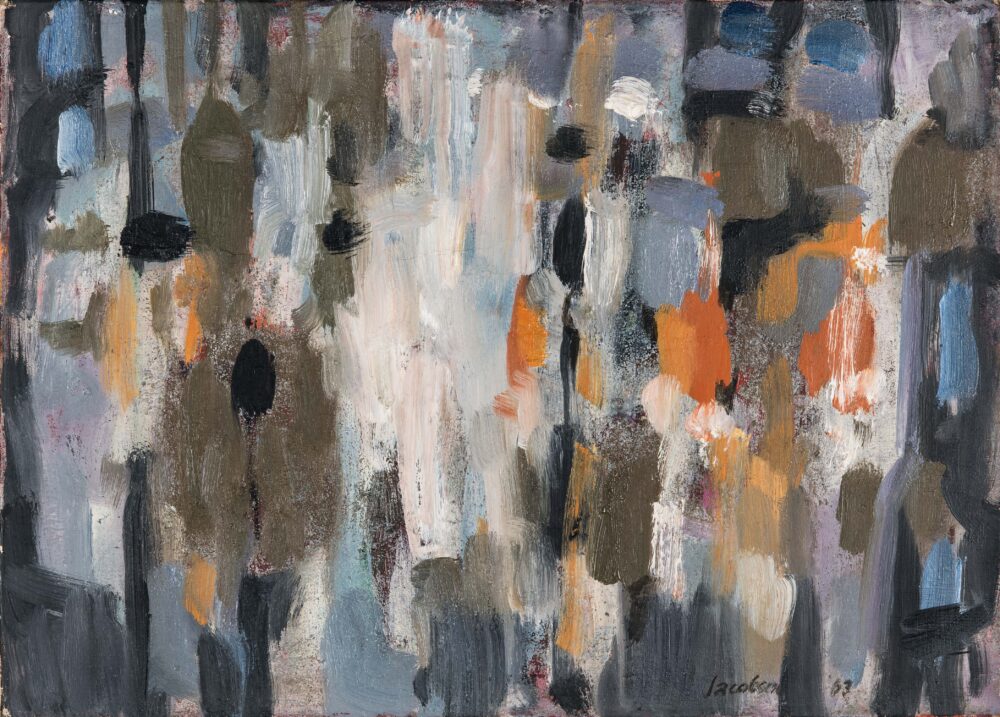 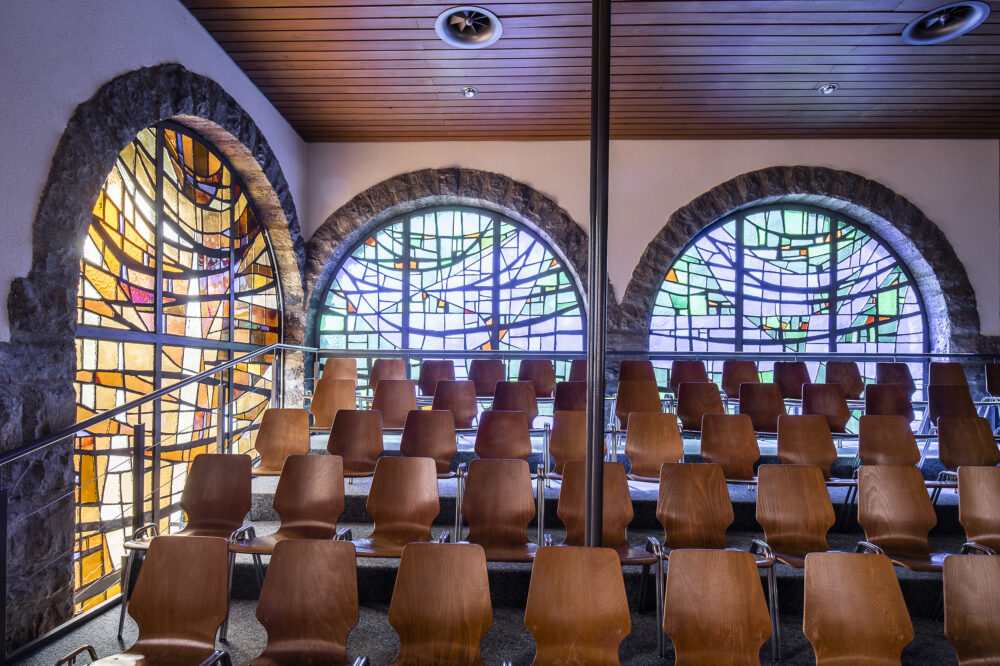 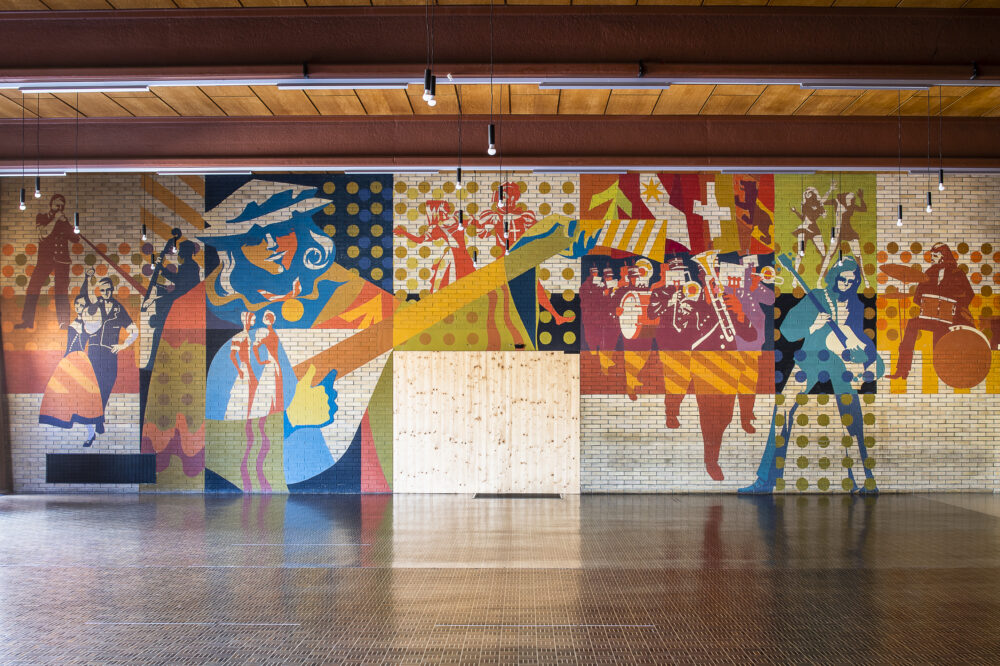 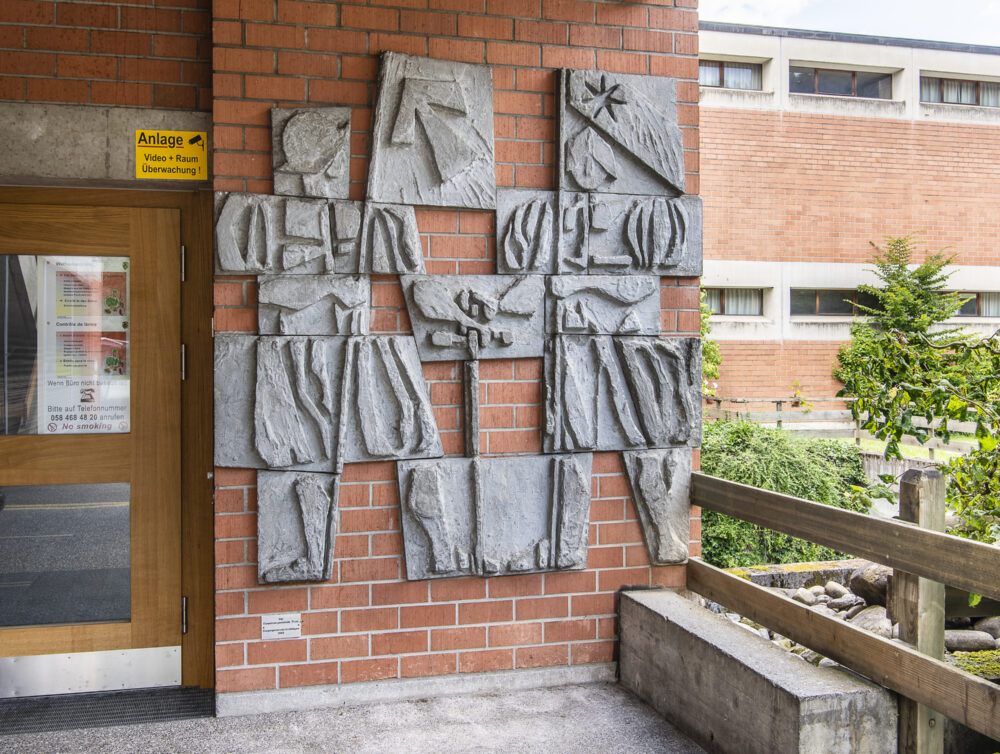 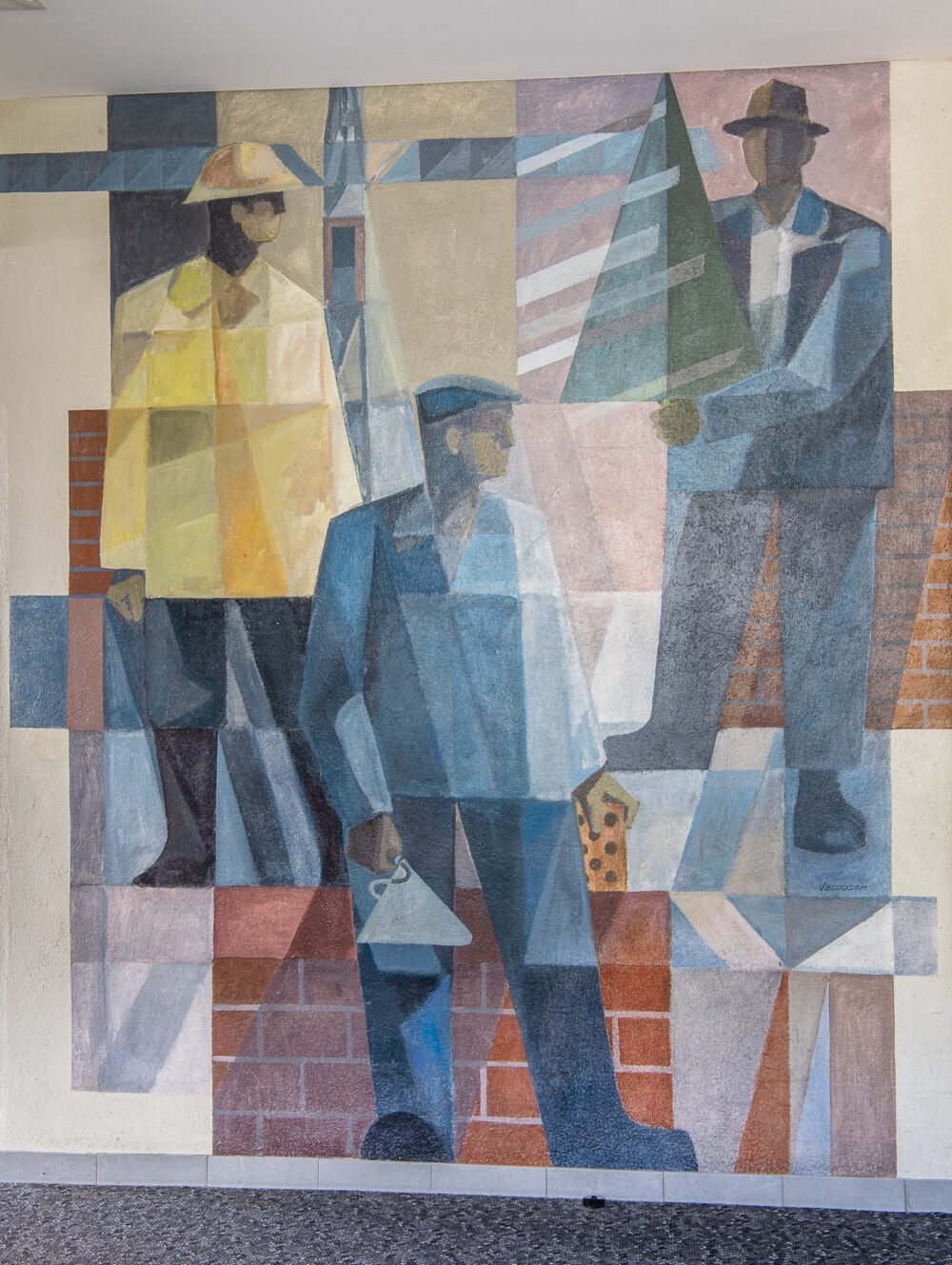 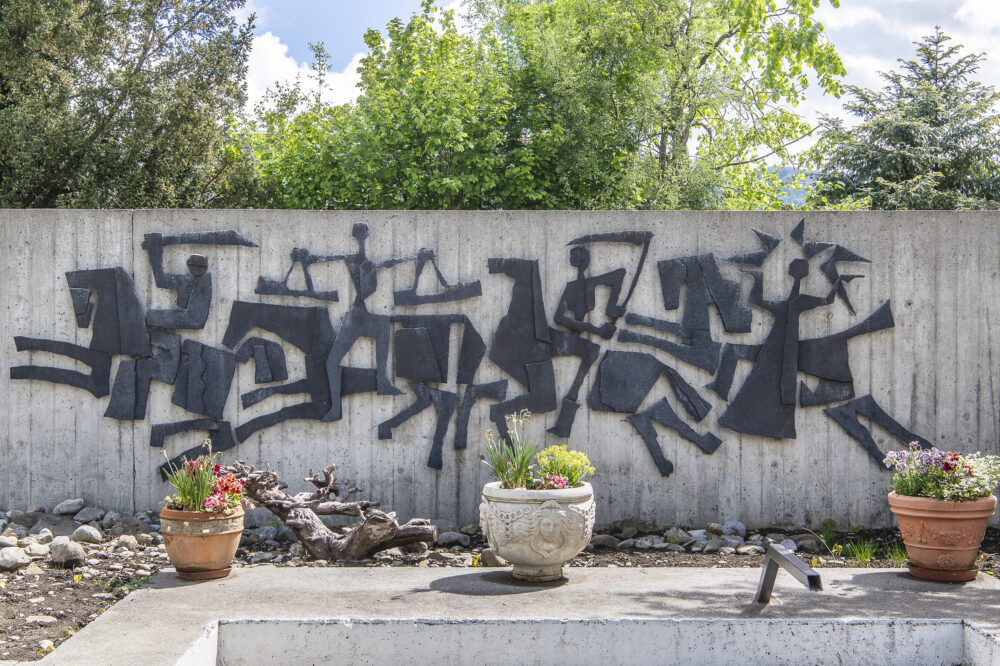 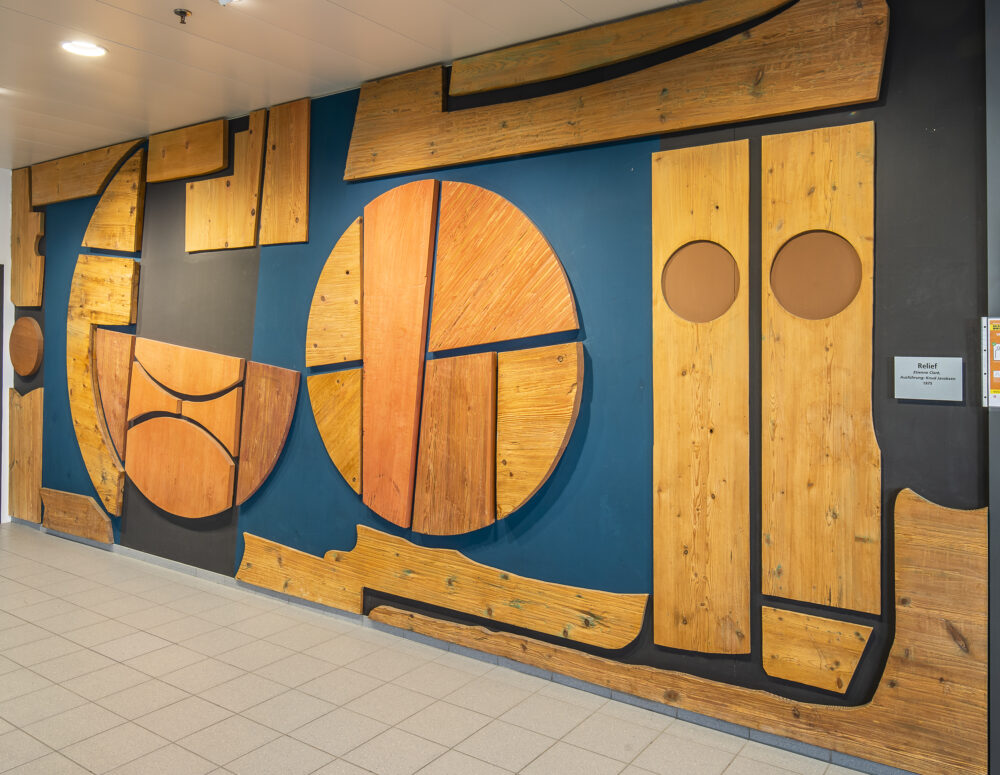 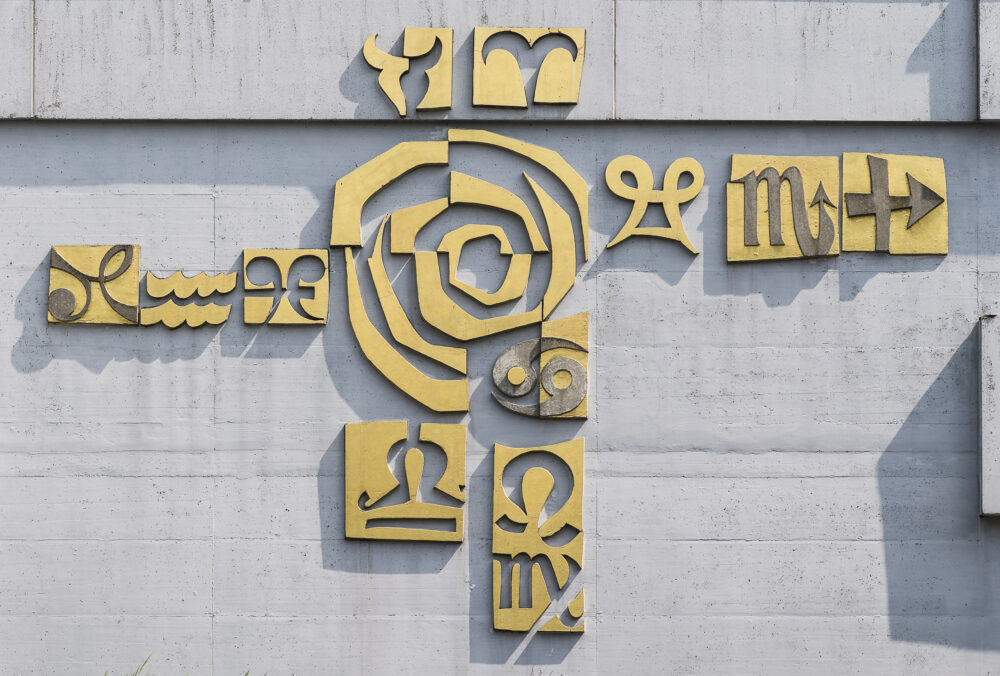 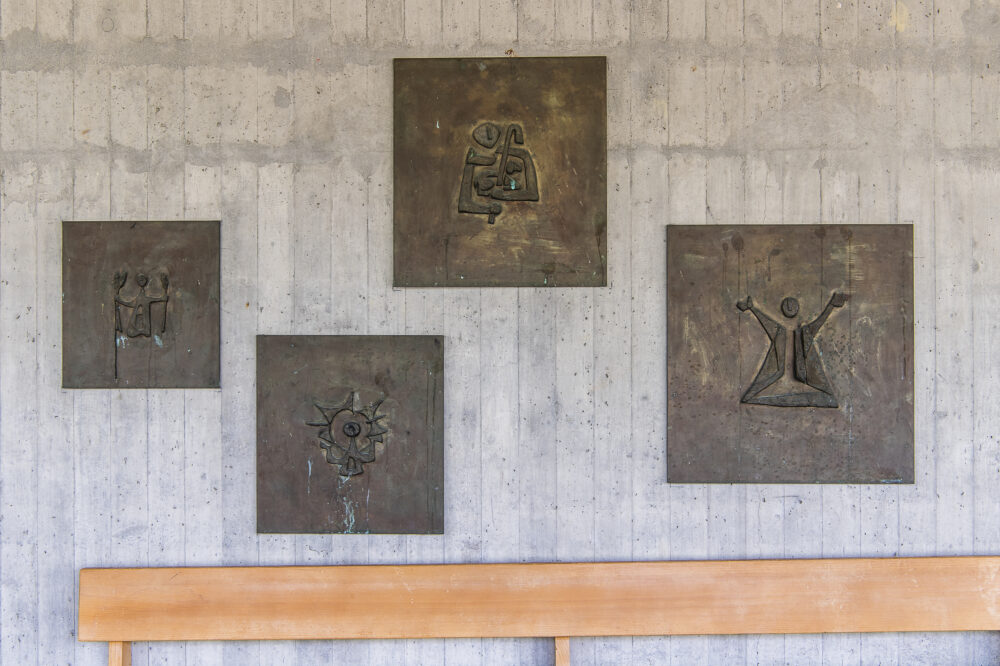 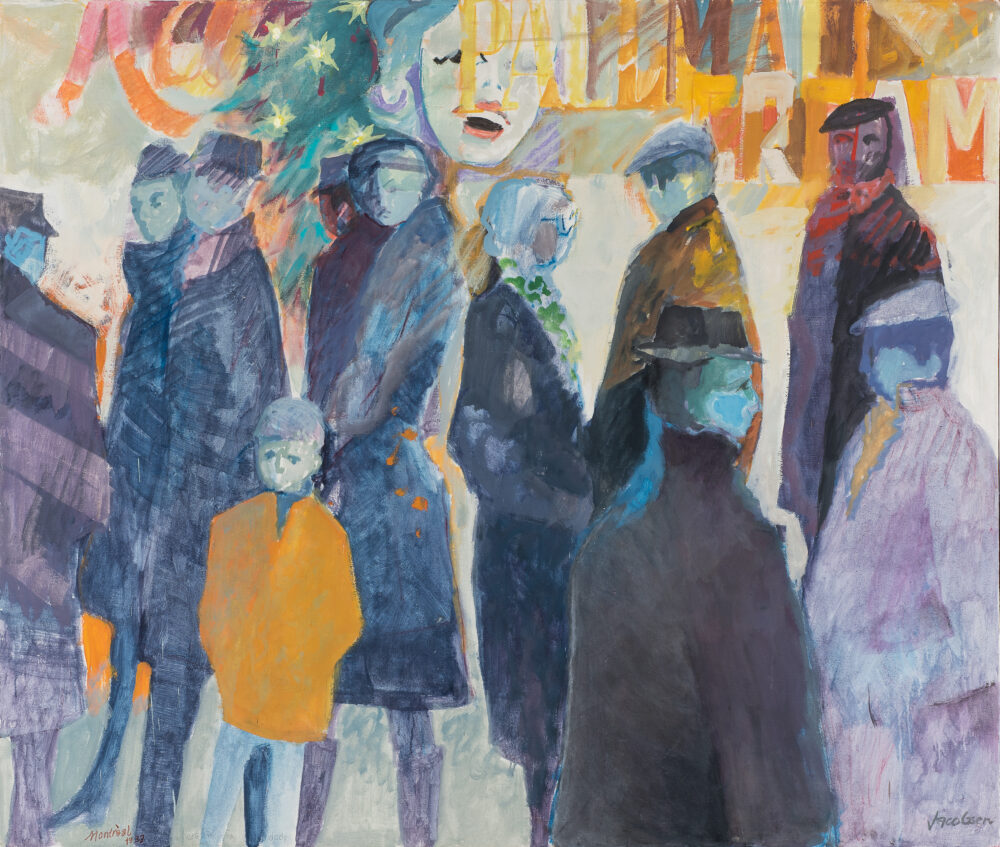 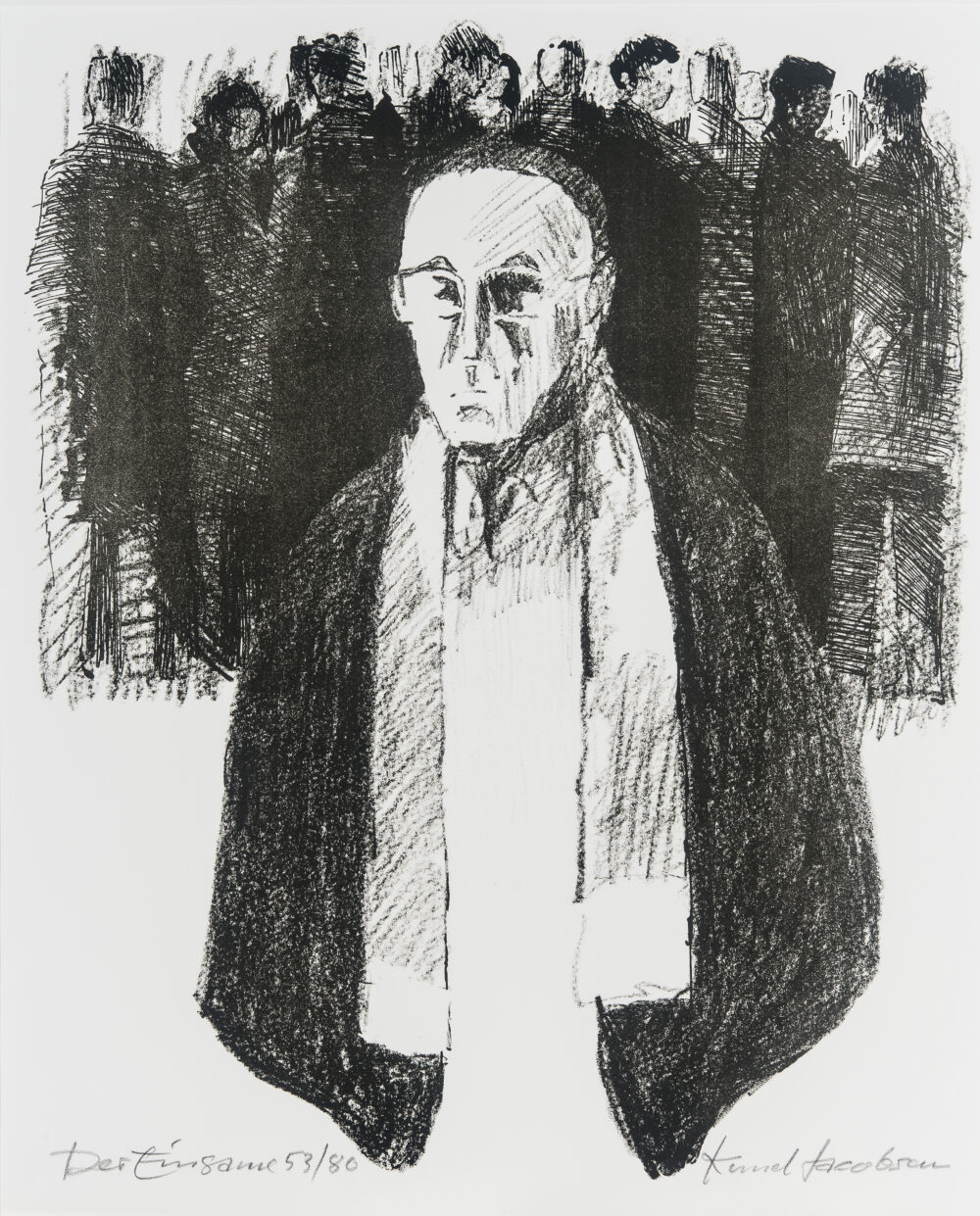 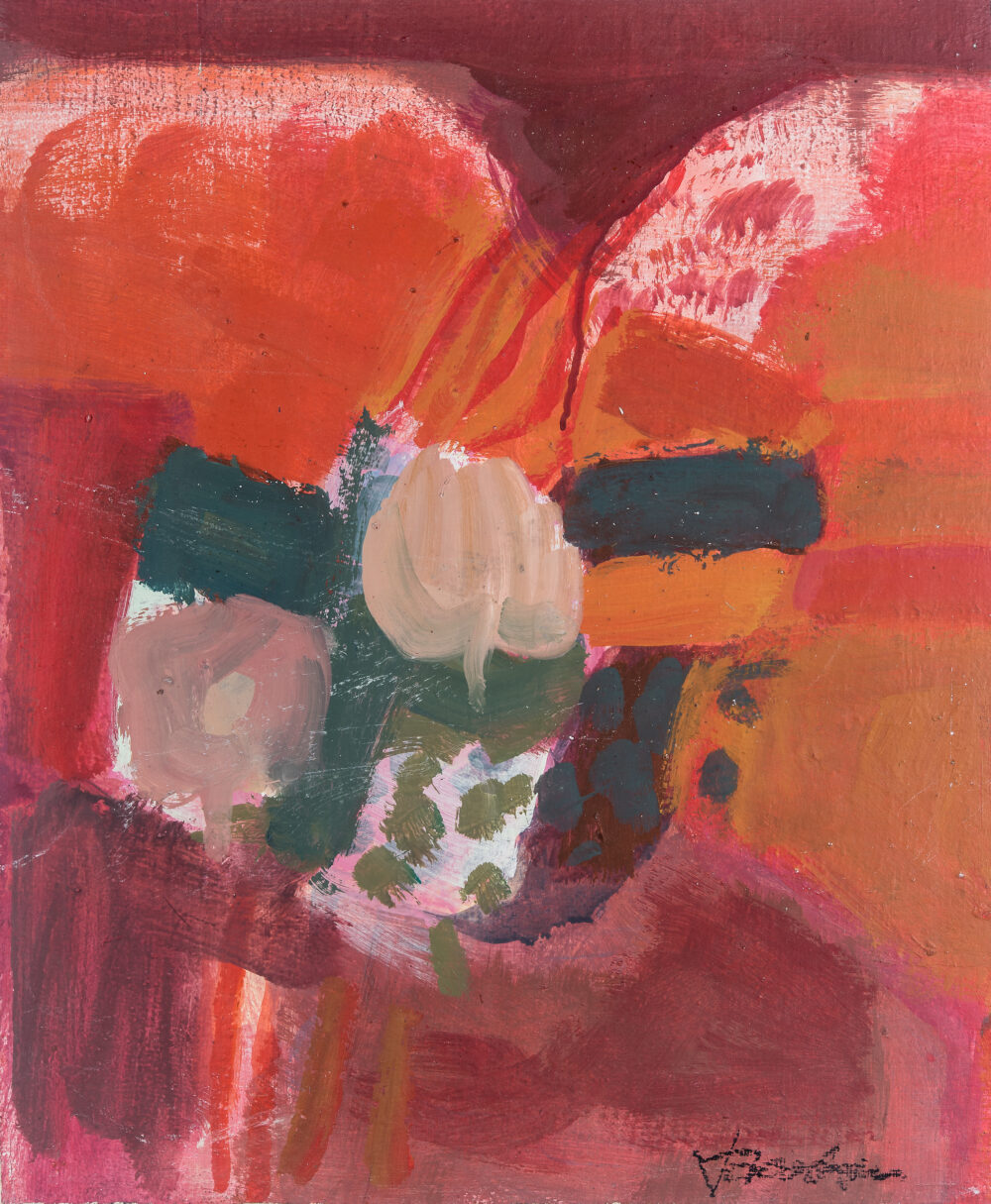 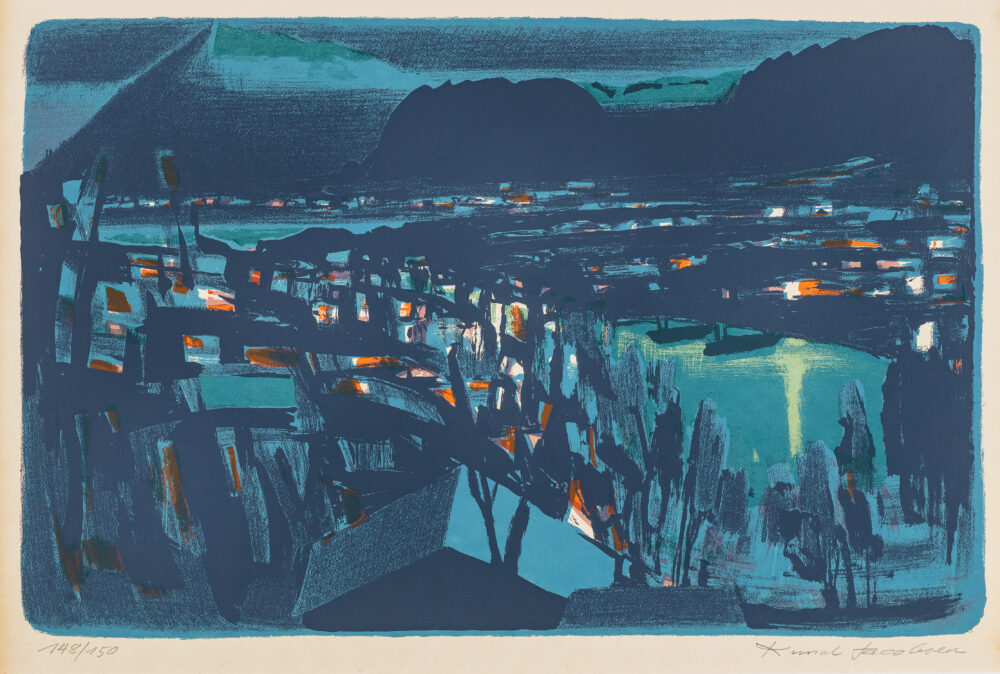 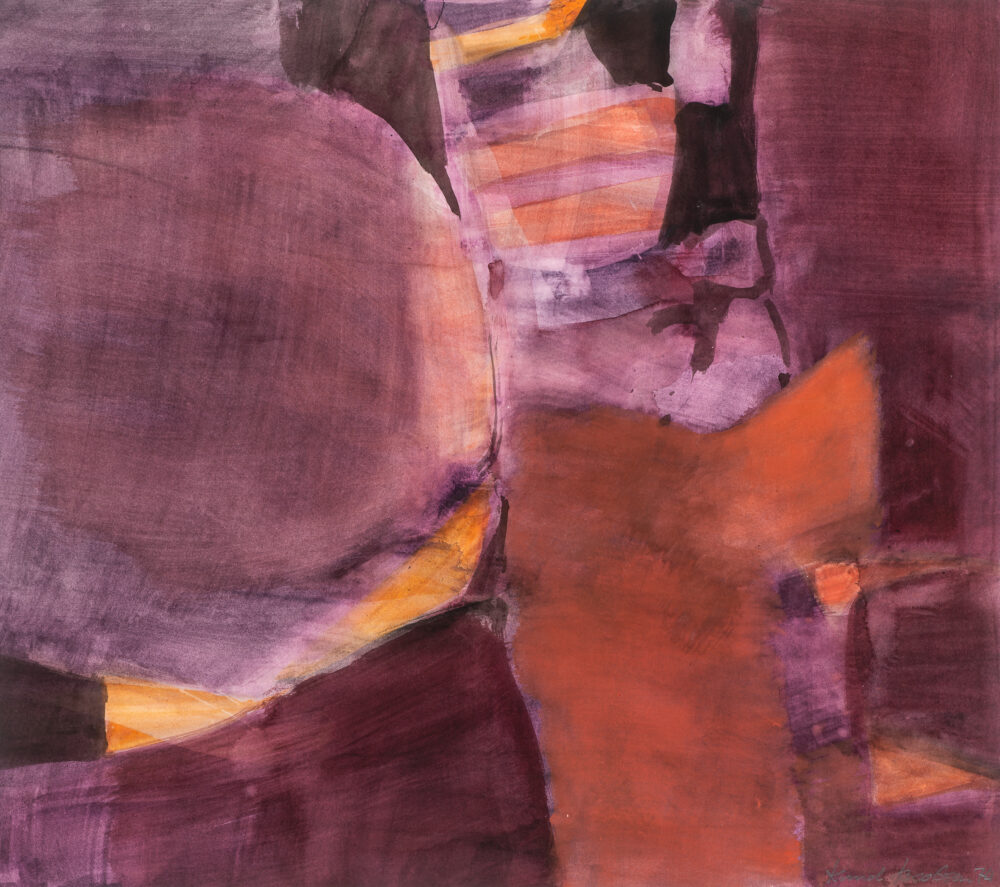