The eldest of four children, Klara Cécile Borter was born in Interlaken in 1888. Her father built the Palace Hotel in Wengen and co-founded the resort. As a child, she suffered from rickets. As her bones were very brittle, Borter suffered numerous fractures during her childhood and because of her illness she was taught privately at home. She was often bedridden and spent her time drawing and painting. Lying still taught her to watch and observe closely. Borter had painting and drawing lessons, and from 1907 she studied for two years at the Kunst-und Kunstgewerbeschule für Damen [School of art and applied arts for ladies] at the Böcklin studio in Zurich, which was run by Louise Stadler at the time. There she was taught nude and head studies, and in summer, landscape painting, which was not always easy for her because of her pre-existing condition. In 1909, she spent the summer in Brienz as a student of Max Buri – this was quite something as Buri did not usually take students in. In the mornings she would paint landscapes, and in the afternoons figures, placing her models in her teacher’s garden. On rainy days she would paint flowers. She then set up her own studio in her parents’ house, Heimgarten, in Interlaken. Buri initially advised and corrected her, but let her go her own way. Borter exhibited her work for the first time in 1909, at the international exhibition in Interlaken. In 1910, she displayed her work at the national exhibition in Neuenburg and from then on she took part in various exhibitions, mainly at home but sometimes abroad. With her parents, siblings or friends, she travelled abroad to Florence and Vienna. In both winter and summer, she always spent a few months in Wengen where she had a good view of the Jungfrau from the hotel terrace. In 1932, after the death of both parents, she moved to Bern where she was often drawn to the countryside. As she always needed help, however, she bought herself a car in 1935 so that she could be more mobile and more independent. Two years later, she gave up her apartment as she wanted to travel. She spent time in Seeland and later went to the Netherlands. When the war broke out she spent more time in Meiringen, but she always attracted to new places in Switzerland. After an illness, Borter died in 1948 in the hospital in Meiringen. 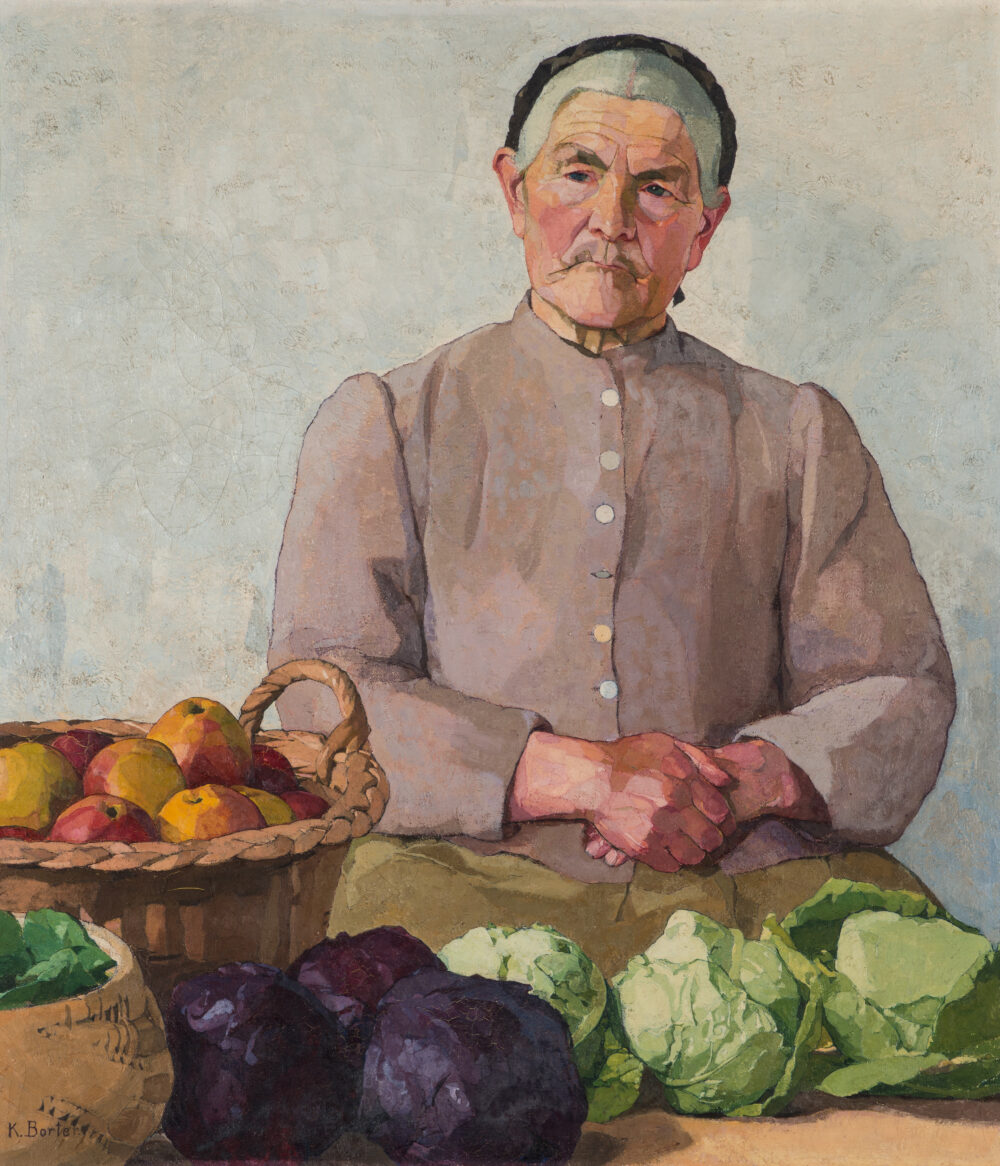