Julian Charrière was born in Morges in 1987. He studied at the École cantonale d’art du Valais (ECAV) in Sitten, and then from 2007 to 2013 at the Universität der Künste [University of the Arts] in Berlin where he was a master pupil of Danish artist Olafur Eliasson at the Institut für Raumexperimente [Institute for spatial experiments]. He has shown his works at individual and group exhibitions since 2014 including at the Kunstmuseum Lausanne in 2014, the Berlinische Galerie (2018) and the Aargauer Kunsthaus (2020). For his artistic work Charrière has received numerous prizes and scholarships, such as the Kiefer Hablitzel Prize (2013/2015), the Prix Mobiliar (2018) and the Prix Marcel Duchamp (2021). He is a member of the German artists’ collective “Das Numen”. He lives and works in Berlin. 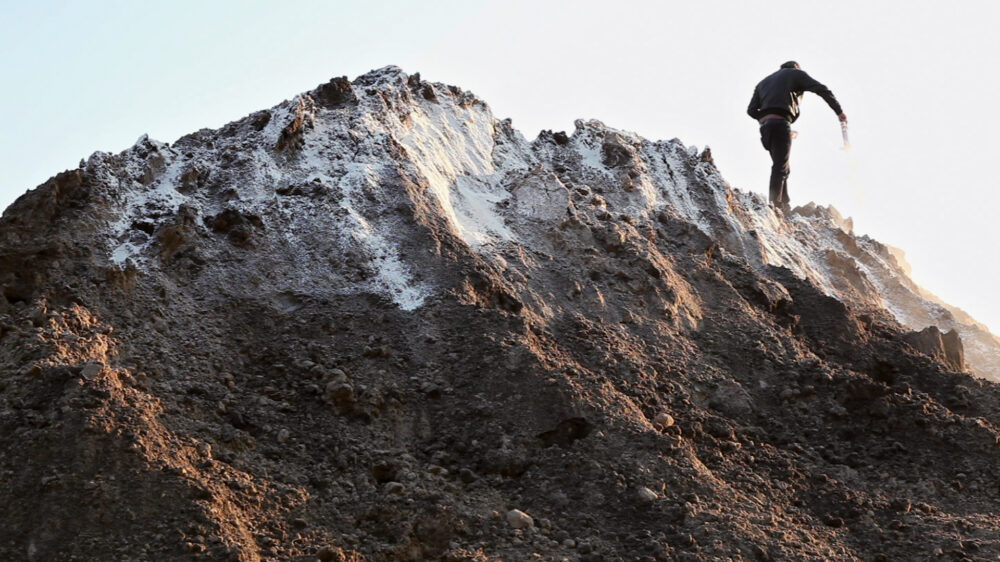 Julian Charrière, Panorama - Behind the Scenes, 2011