Jeppe Hein was born in Copenhagen in 1974. After a carpenter’s apprenticeship, he studied at the Royal Danish Academy of Fine Arts from 1997 to 2003. Between 1999 and 2000 he had an exchange year in Frankfurt am Main at the Hochschule für Bildende Künste – Städelschule [Academy of Fine Arts – Städelschule]. He was an assistant to Olafur Eliasson. Since 2007 he has been exhibiting his work at international solo and group exhibitions, such as at the Georges Pompidou Centre in Paris (2005), the 21st Century Museum of Contemporary Art in Kanazawa, Japan (2011), and the Kunstmuseum Thun Museum in 2018 with his solo exhibition “Einatmen – Innehalten – Ausatmen” [Inhale – Hold – Exhale]. He lives and works in Berlin. 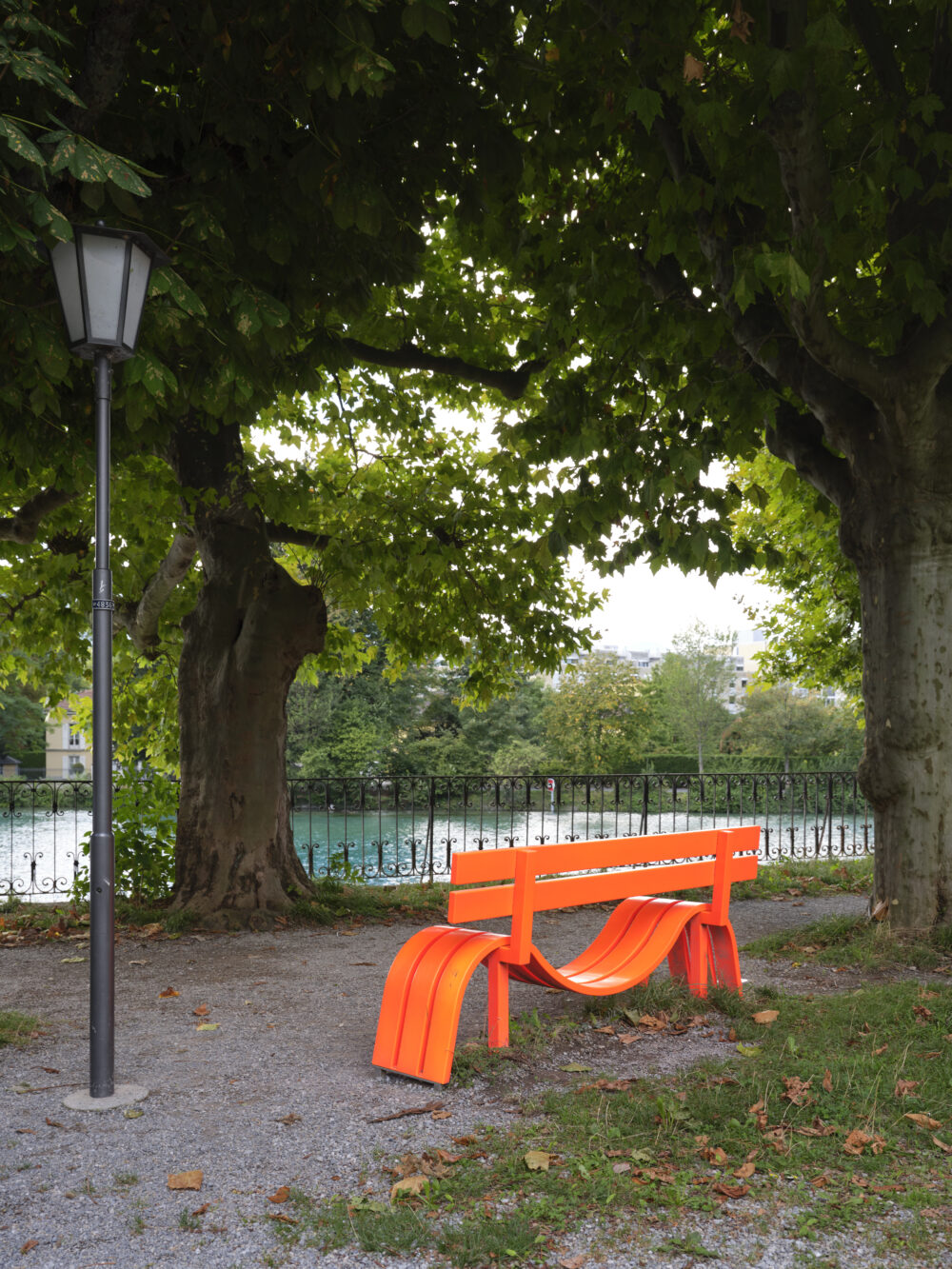