Jakob Philipp Hackert was born in Prenzlau in 1737. He was trained as a painter and decorator by his uncle Johann Gottlieb Hackert. In 1758, he began his studies at the Königliche Akademie [Royal Academy] in Berlin. In 1765, together with his pupil Balthasar Anton Dunker, he travelled to Paris, where he spent some time. In 1768, Hackert went to Rome and travelled through Italy. In 1783 he was appointed honorary foreign member of the Royal Academy in Berlin and in 1786 he was appointed court painter to King Ferdinand IV of Naples. In 1787, he had several meetings and joint drawing sessions with Johann Wolfgang von Goethe. In 1799, Hackert fled to Livorno before advancing French revolutionary troops. He then went to Pisa and Florence before settling in San Piero di Careggi in 1803, where he died in 1807. He bequeathed his written legacy to Goethe, who published the “Biografische Skizze” [Biographical sketch] in 1811. 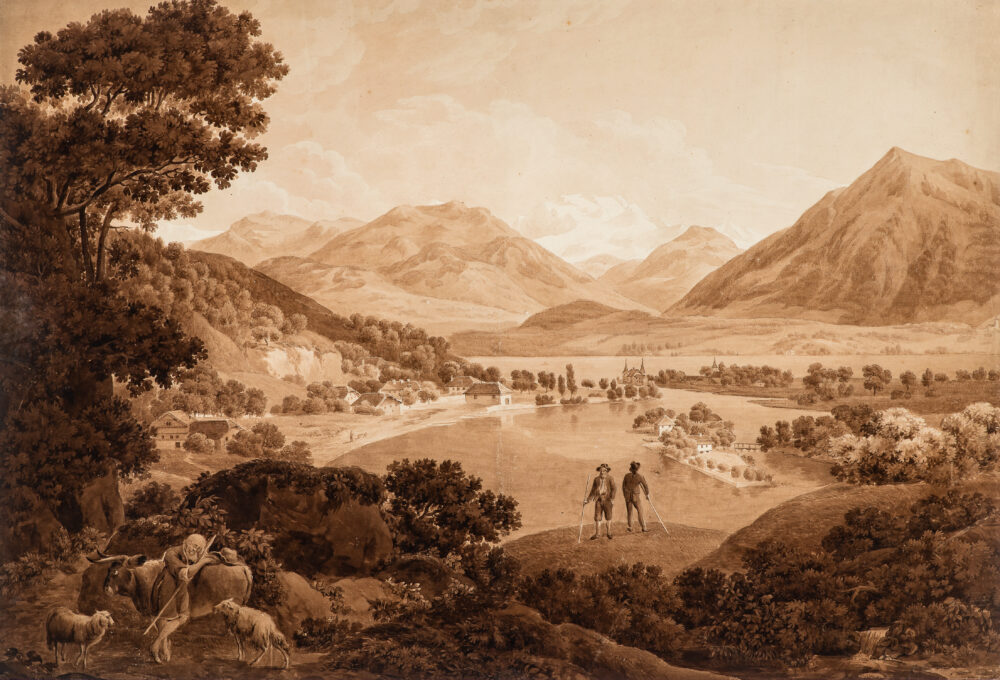