Hermann Hubacher was born in 1885. He attended secondary school and the arts and crafts department of the Technikum [Technical centre] in Biel, graduating as an engraver, medal maker and chaser. In 1905 he took courses with James Vibert at the Ecole des Beaux-Arts in Geneva. He studied at the Akademie der bildenden Künste [Academy of fine arts] in Vienna between 1906 and 1907. He decided to become a sculptor and went back to Vibert in Geneva. In 1910 he set up his own studio in Bern but moved to Zurich in 1917. In summer he worked in Faulensee on the shores of Lake Thun. From the late 1910s he received major Kunst-am-Bau [Percent for Art] commissions and displayed his work at international exhibitions, such as the 1920 Venice Biennale, the Swiss National Exhibition in 1939, and the Tate Gallery in London in 1959. In 1945, he was awarded an honorary doctorate by the University of Zurich. Among other achievements he was president of the Swiss Federal Foundation Pro Arte, and a member of the board of the Oskar Reinhart Foundation in Winterthur from 1951 to 1969. Hubacher died in Zurich in 1976. 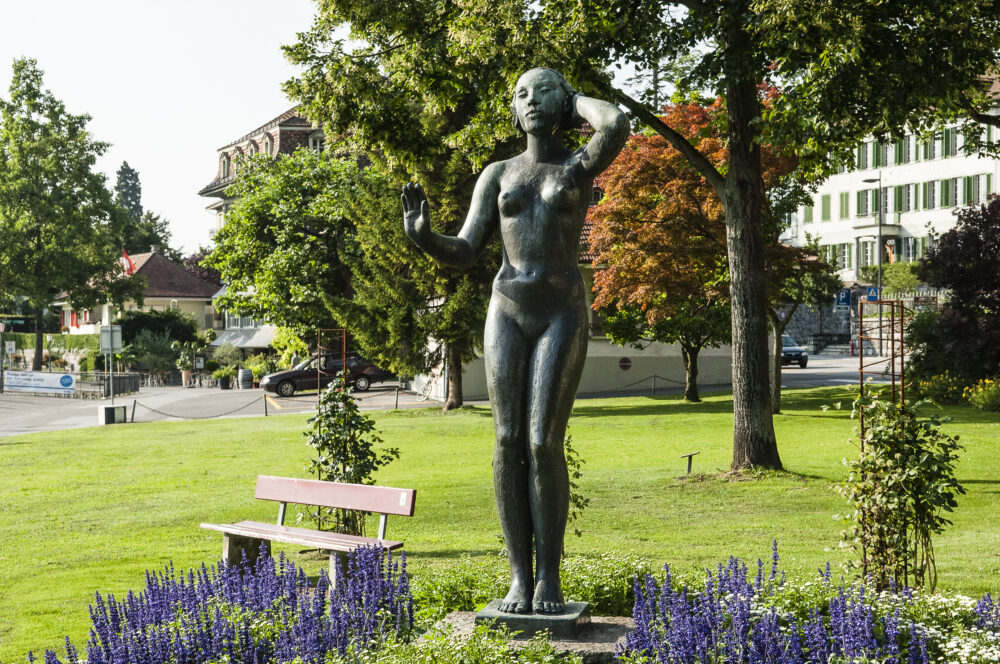