Gerhard Nydegger was born in Bern in 1976. He spent his childhood in the Thun suburb of Gwatt. He found his way into art at the age of 16 via the local Hip-Hop movement. Nydegger is interested in street art and the associated critical thinking. He also had the urge to be involved in design. He therefore attended the Schule für Gestaltung [School of Design] in Bern between 2011 and 2013 to train as a graphic designer and has been working independently in this field since 1998. He eventu-ally became known for his graffiti work and was commissioned by the city of Thun to design (legally) the pedestrian subway at Gwatt railway station in the late 1990s. In 2015, Gerhard Nydegger took charge of marketing for Gstaad Saanenland Tourism, where he still works today.

Gerhard Nydegger
Showing 422 out of 422 works 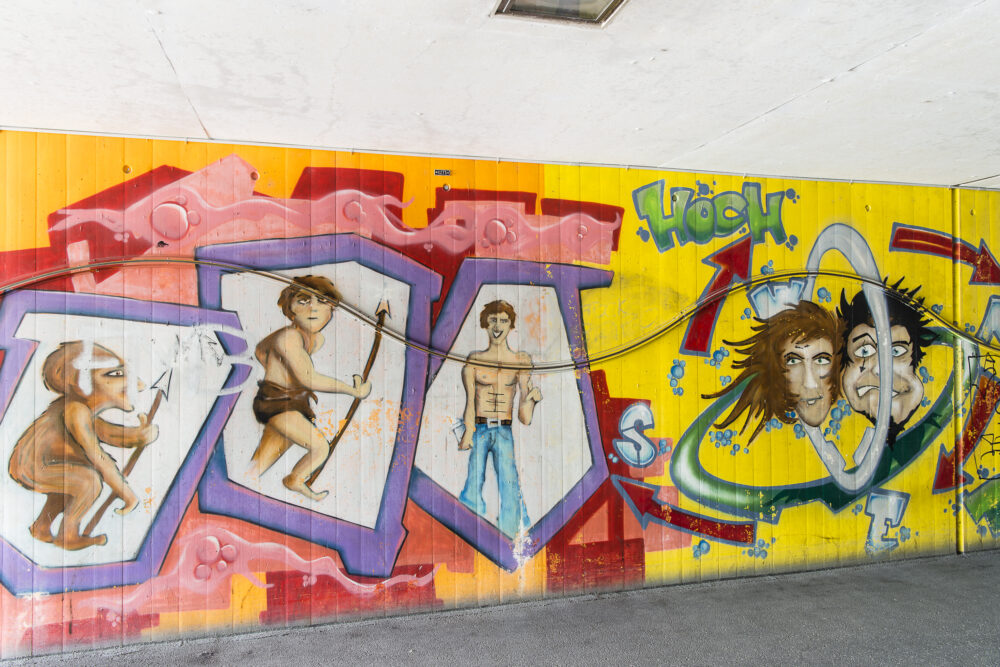