Fritz Bütikofer was born in Thun in 1903. After secondary school in Thun, he attended teacher-training college in Hofwil near Bern where three teachers had a particular artistic influence on him: singing teacher Hans Klee (Paul Klee’s father), piano teacher Robert Steiner and drawing teacher Emil Prochaska. In 1923 he started work as a teacher at the comprehensive school in the hamlet of Kurzenberg in the municipality of Linden near Oberdiessbach. Here he befriended the painter Paul Gmünder, who was still teaching at the comprehensive school in the neighbouring village of Otterbach at the time. He encouraged Bütikofer to take up art and taught him the basic technical skills. In 1926, he was appointed to a teaching position in Thun and stayed there until his retirement in 1968. Between 1927 and 1929 he attended Ernst Linck’s nude-drawing classes at the Kunstgewerbeschule [School of arts and crafts] in Bern. He started to show his works in exhibitions in 1931, including the Christmas exhibition at the Kunsthalle Bern. In 1938 Bütikofer completed his training at the Académie Colarossi and stayed with painter Adrien Holy in Paris for three months. In 1941 he was admitted to the GSMBA and from then on he also took part in national exhibitions. Together with his colleague Alfred Glaus and municipal councillor Fritz Lehner, he organised the first exhibition at the newly founded Kunstmuseum Thun in 1949. In 1950, he co-founded the teachers’ cabaret “Zapfenzieher” [Corkscrew]. In 1973, the Kunstmuseum Thun held a major anniversary exhibition. Bütikofer had to end his artistic activity in 1988 following an accident. He died in Thun in 1991. 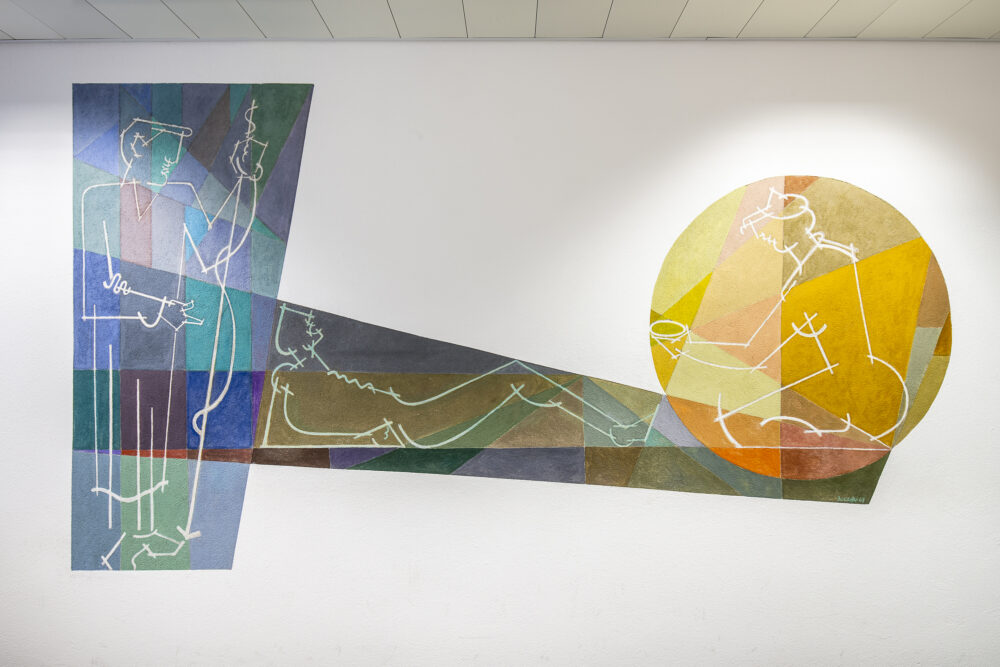