Fritz Bruno Gottardi was born in Saanen in 1932. He trained as a primary school teacher in Hofwil/Bern and then worked as a teacher in Thierachern. After his first contacts with the pottery scene in Thun, he became a visiting student at the Keramische Fachschule [Ceramics college] and the Kunstgewerbeschule [School of Arts and Crafts] in Bern. He produced his first relief works in his studio at Freienhofgasse 11B in Thun. He went on to produce Kunst-am-Bau [Percent for Art] projects in Thun, Thierachern and Oberdiessbach. In 1970 he took part in the fifth Plastikausstellung [Sculpture exhibition] in Biel and also displayed his work at various group exhibitions in Thun, such as at the 4th Thun Exhibition in 1982. He died in Gwatt in 2012. 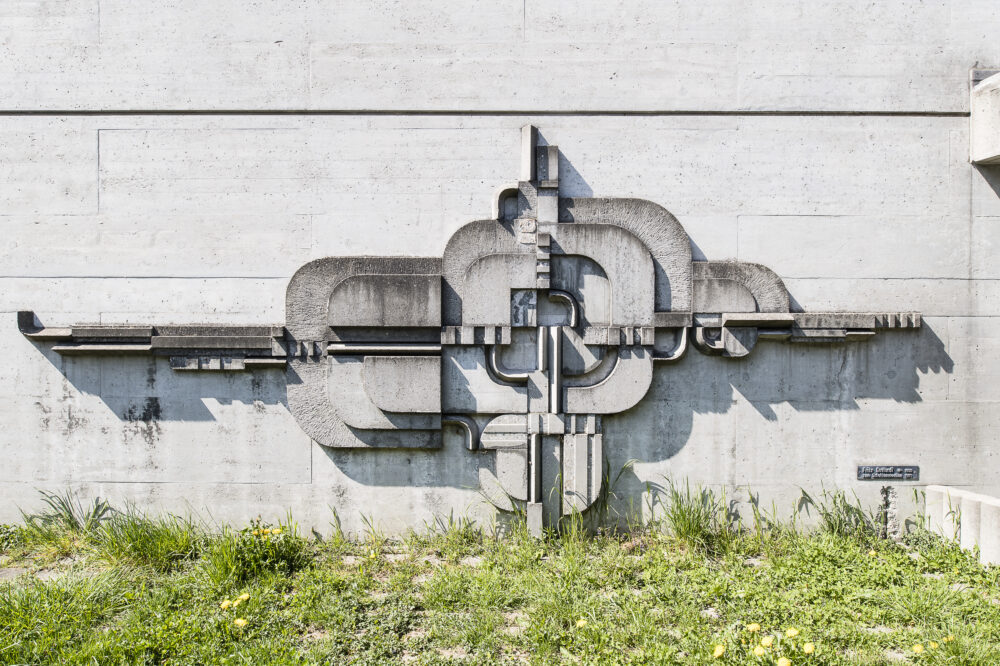