Emil Zbinden was born in Niederönz near Herzogenbuchsee in 1908. In 1916 he moved with his family to Bern. After completing his apprenticeship as a typesetter he travelled to Germany for further education in 1928 and 1929, attending the Staatliche Akademie für grafische Künste [Academy of Fine Arts] in Leipzig where he was accepted into Professor Georg Belwe’s master class. He returned to Bern in 1931. From the mid-1930s he developed his own style of woodcuts. From 1957 until 1966 he continued to work, inter alia, for the Büchergilde Gutenberg [Gutenberg book guild] in Frankfurt. In 1944, he initiated the “Schweizer Holzschnitt” [Swiss woodcuts] exhibition at the Kunsthalle in Bern, which gave rise to the founding of the Xylon wood engravers’ association. Together with Emil Burki, Zbinden took over the administration of Xylon. In 1953 he co-founded Xylon International with Frans Masereel. In 1986 Zbinden was awarded the Emmental Kulturpreis [Cultural Prize] and in 1987 the Kulturpreis des Schweizerischen Gewerkschaftsbundes [Swiss Trade Union Confederation’s Cultural Prize]. He lived and worked in Bern until his death in 1991. 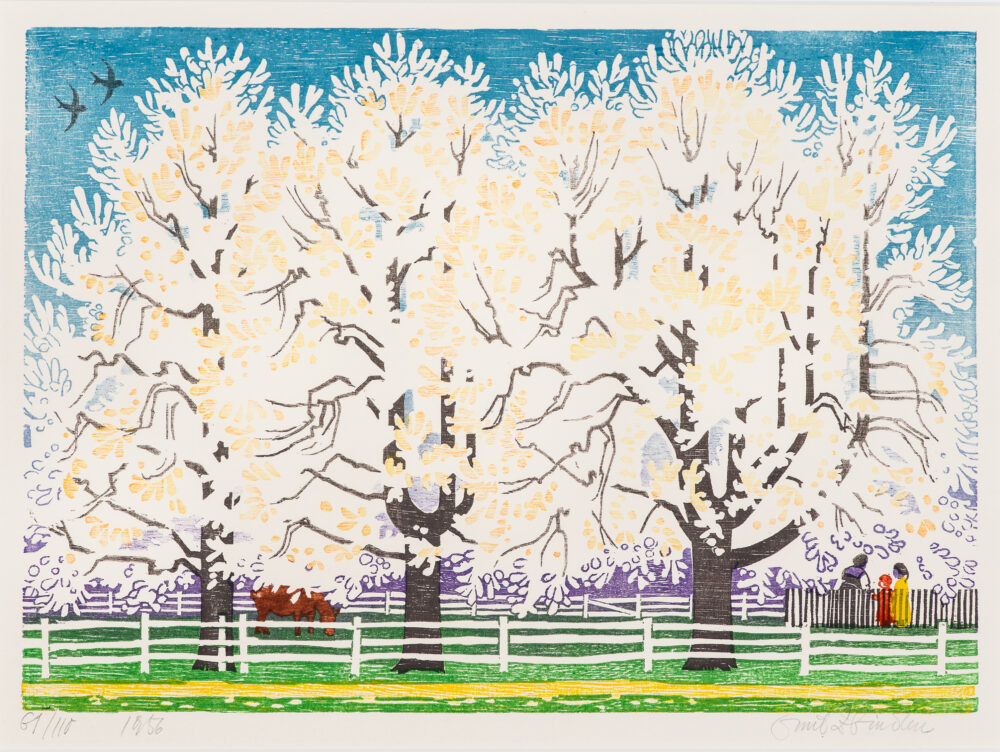 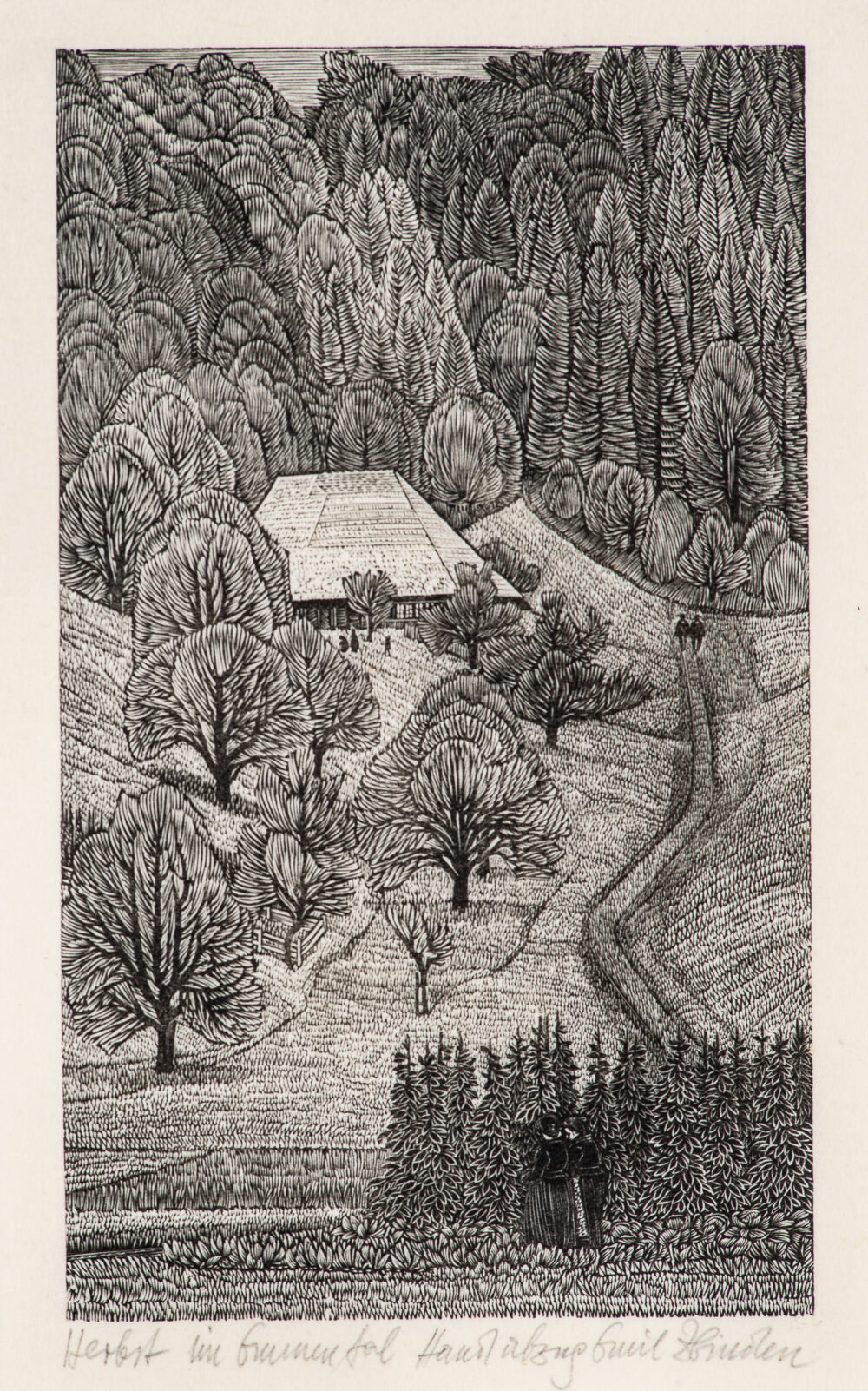 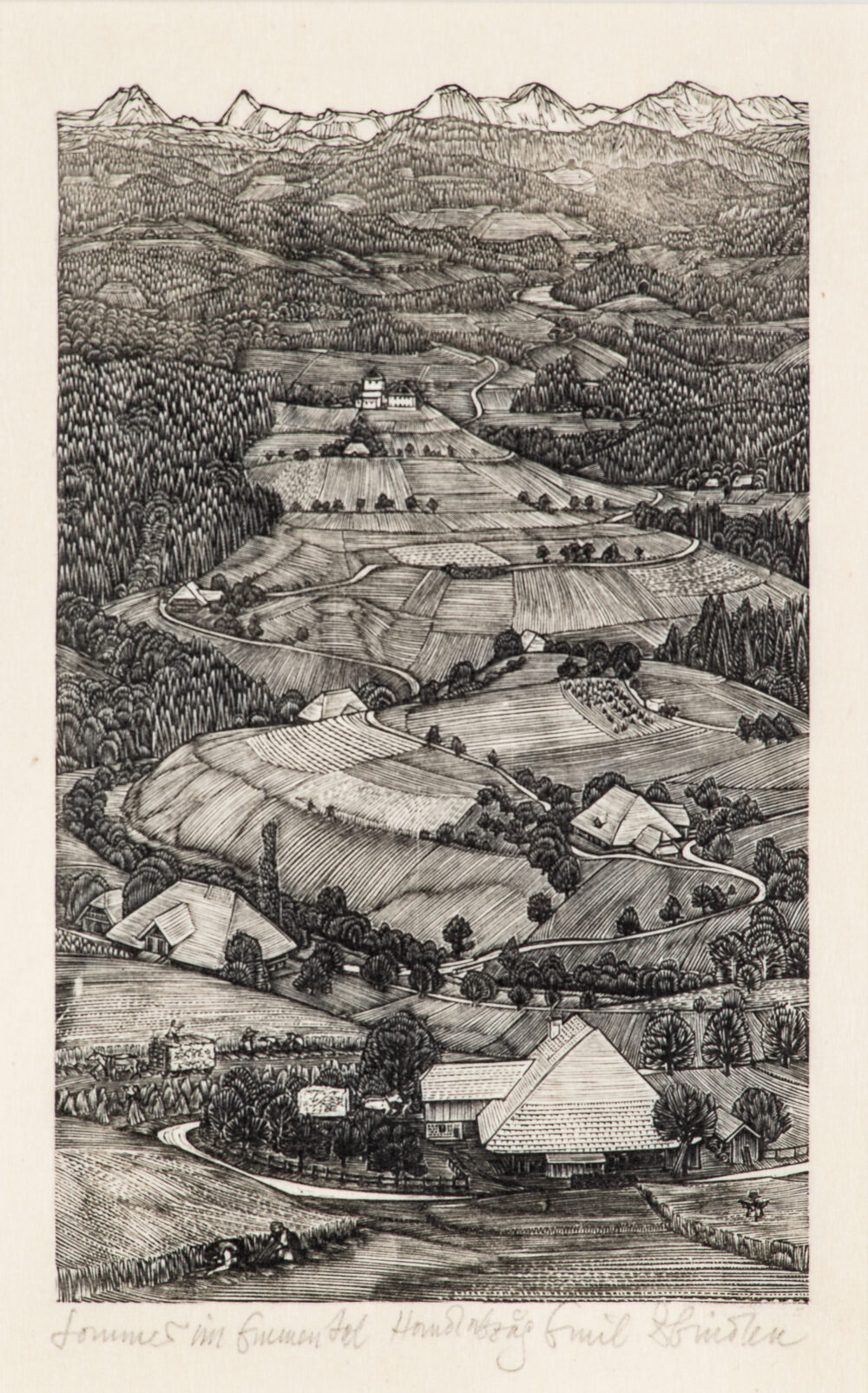 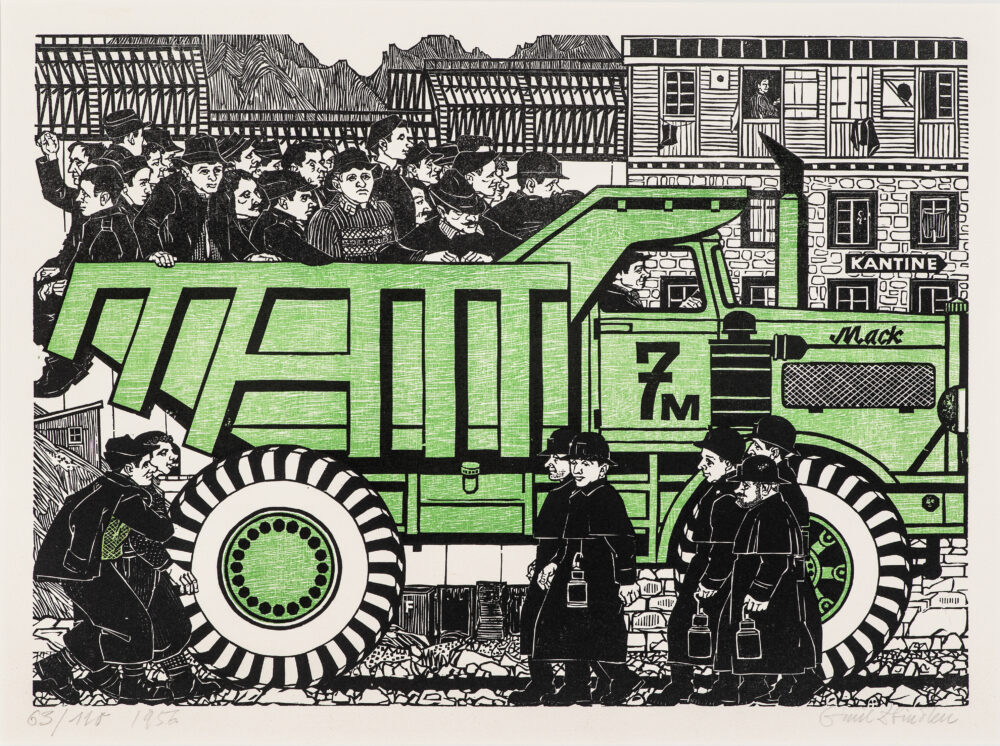 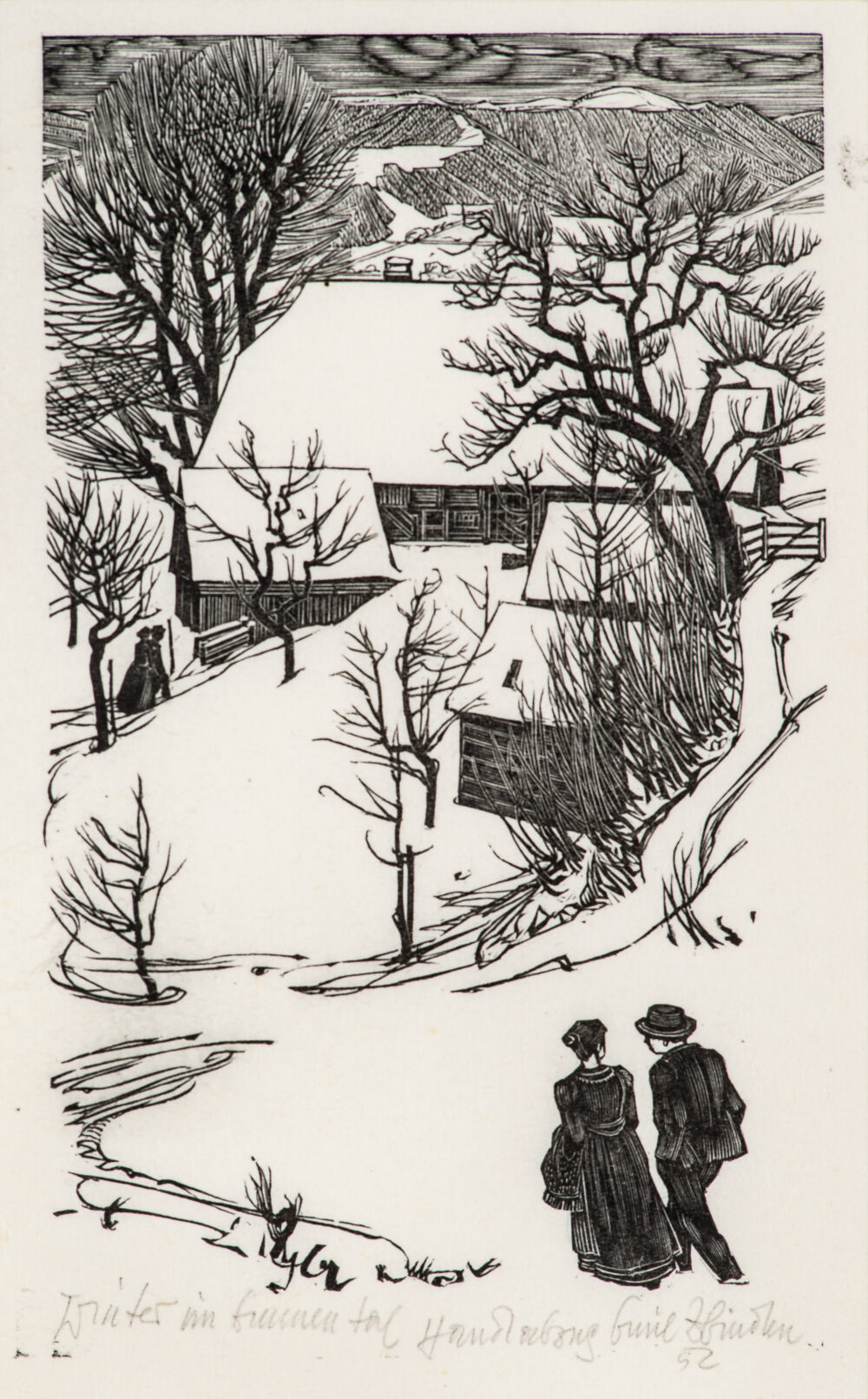