Cuno Röthlisberger was born in Bettlach in 1939. His childhood and youth were overshadowed by the serious illness that would shape his life. After an apprenticeship as a maker and repairer of watches, he first worked at Eterna and then at ASSA until 1978, after which he opened a repair shop for antique watches in Grenchen. Röthlisberger was always active as an artist in his free time, first devoting himself to watercolours and later turning to oils.
As his workshop was not profitable, he gave it up in 1985 and moved to a small farmhouse in Leuzigen where he devoted himself full time to art and also produced prints.
In 1975 he held his first exhibition at Toni Brechbühl’s gallery in Grenchen. More exhibitions followed, mostly in various galleries in Switzerland. In 1989, the Kunsthaus Grenchen organised a retrospective to celebrate the artist’s 50th birthday. One year later, in 1990, Röthlisberger was awarded the canton of Solothurn’s Anerkennungspreis [recognition prize]. He died in Leuzigen (Bern) in 1998. With over 300 works, the Künstler Archiv Grenchen [Grenchen artists’ archive] now has the largest collection of Röthlisberger’s works. In 2016/2017, the Dorfmuseum Turm Leuzigen [Leuzigen Tower municipal museum] organised a retrospective exhibition called “Cuno Röthlisberger – der malende Poet” [Cuno Röthlisberger – the painting poet]. 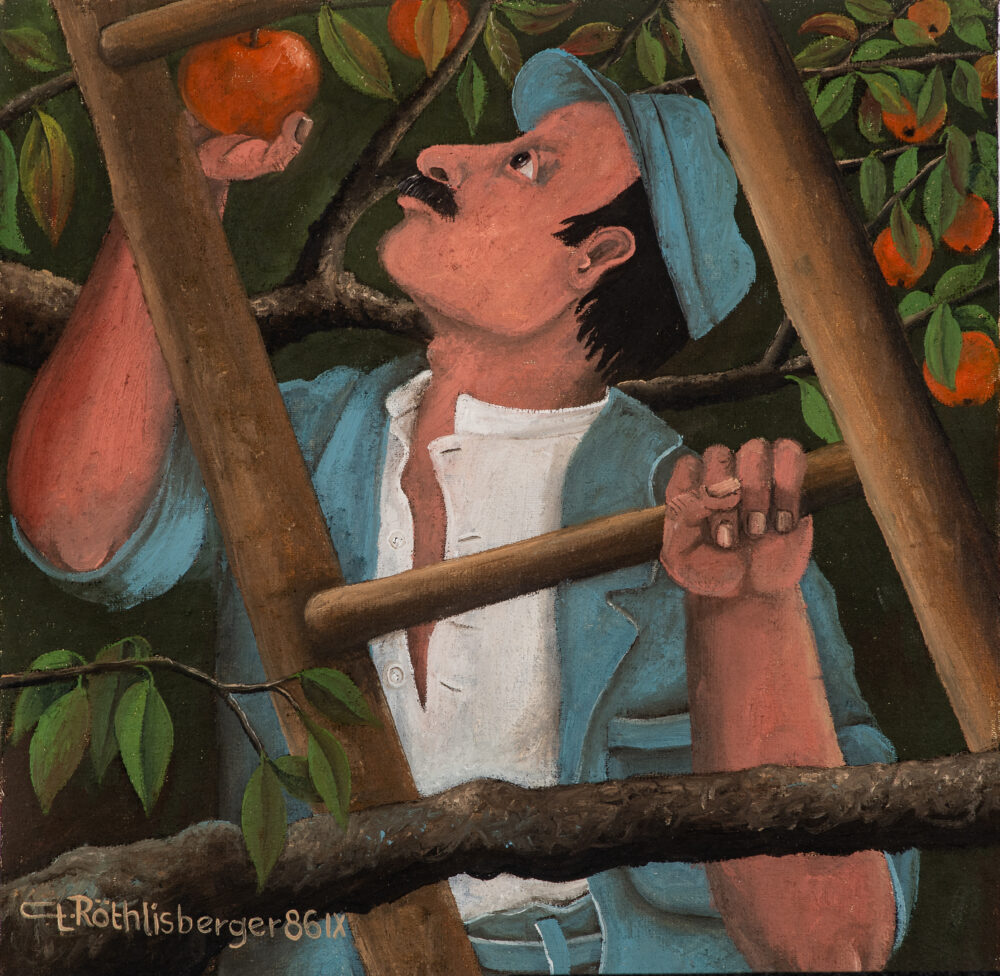